Breaking up the concrete 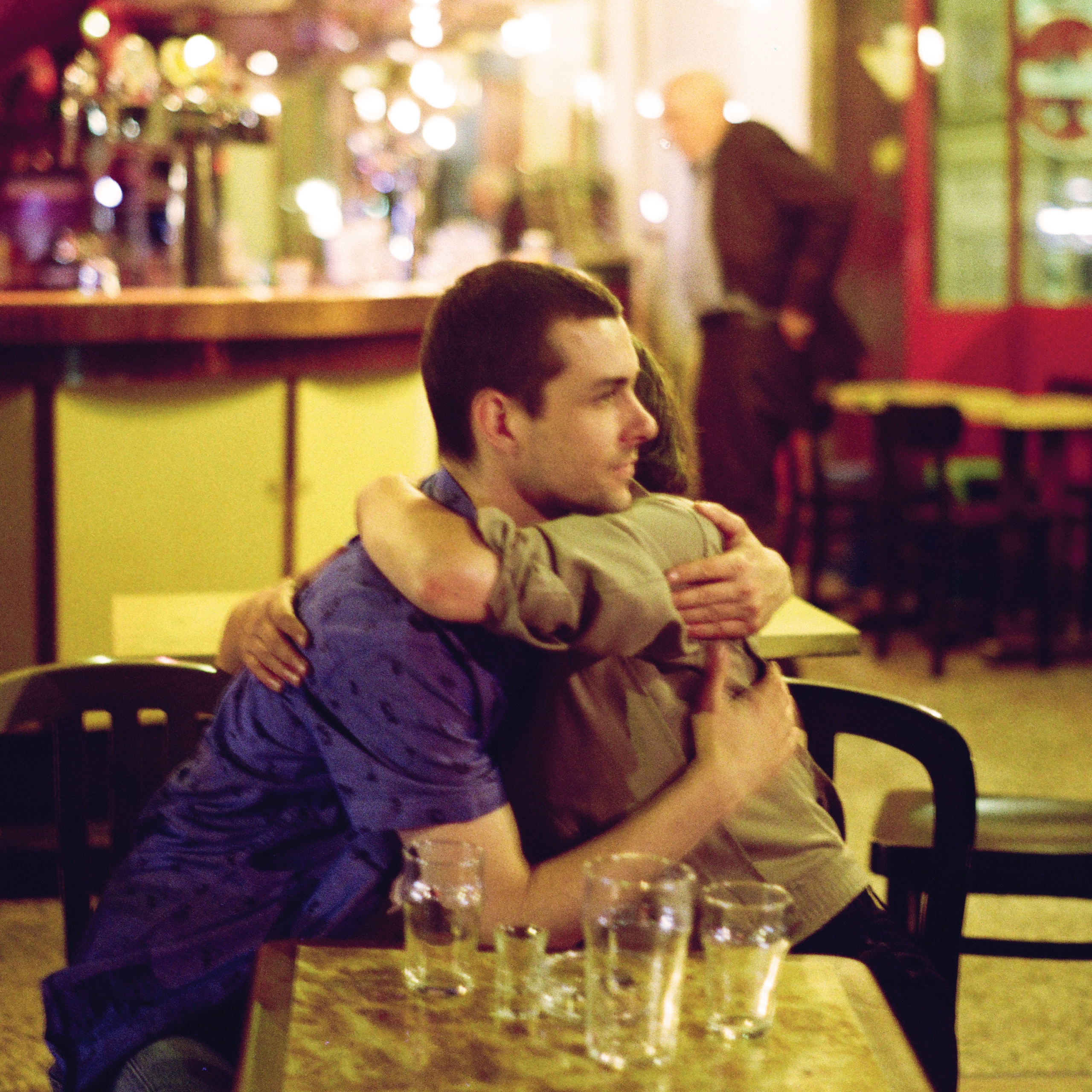 Dear reader: First, let me state that the hardest bands to write about are the ones you love the most (all you really have to say is, stop reading and listen to this!), and Pays P. is a band I really love. Second, obligatory notes on band history: Laura Boullic (lyrics/vocals), Lucas Valero (guitar) and Pablo Valero (drums) got together in 2015 in Paris, France. Four years, a self-titled demo / unofficial debut and a lot of concerts later, they recorded their official debut album in Brooklyn, New York, in October 2019, before supporting Big Thief on their European tour in early 2020. Then the pandemic arrived, stopping or slowing down a lot of things; and so it wasn’t until August this year that Ça v aller finally was released on Peculiar Works Records, the label of Sohrab Habibion and Michael Jaworski (Savak). Those two also did the recording and mixing, and did a perfect job transporting the band’s strong identity and live energy to record.

That said, now I’m supposed to tell you about genre, influences, similarities. Frankly, I refuse. Sure, there’s some kind of metal, rock and stone, as well as concrete, plants, and a whole lot of water: Try and stick a label unto rain, watch it go down the drain in the downpour. In some ways, it’s dark and very heavy; it’s light as well, in every sense of the word. Music, and poetry – which in some ways are the same –, can I just call it that?

And can I write in other terms about what I think they do? (Obviously, I just will, hah.)

I suppose all music has the power, at least the potential, to break down the barrier between a single self and the world, to bridge the gap, and for a moment, free us from the isolation in the small black universe behind our eyes (as Mr. Pratchett put it). But there are bands that make you feel this more than others, and Pays P. belong to them. Personally I know no other band quite as able to transcend the singled-out-ness.
It is in what they play, in how they play it, and the spirit in which it is played. There has been evolution from the first self-released album to this one, not just in the means of production; drums, guitar and vocals all have become even more versatile and expressive, and where this band will yet go in the future – it would be a very wild guess. Their musical independence is astonishing, they’re not really playing like anyone else. Drums and guitar building structures of an easy, fleeting complexity, building them on sand for the next wave to take them somewhere else; the vocals blurring/erasing the lines between singing, shouting, spoken word, recitation – proclamation! -, while all of it just seems to grow organically around the poetic core of the lyrics. From the heavy opener „3h et des personnes“ and the turbulent „Olatunji“, via the indigo „Corps vs Coeur“, blue-black like a storm building up, to the calm of the song adressing (yes) fury („Fureur“), on to the fast, high-energy „Vassili voir“ and the dark and alarming „Laca de lacanal“: It is massive, but not a wall of sound to stun you.The currents and turbulences are more like air and water, you can step into it, and they will take you with them. If you have found that swimming in a cold lake or the sea makes you aware that, in fact, you are being alive, you are being in the world: This is what I mean. Or if you’ve ever (maybe as a child) found it both exhilarating and peaceful to be sitting in a tree while the wind shakes its branches and blows leaves all around you, welcome back to that tree. And welcome to the living, growing, dying city, as well. Between the old blocks and the cars and the trash blown into small heaps in the corners (maybe that’s all someone else will see in what is your quarter, your city, for better or worse, your place); between the beautiful and the ugly, the sadness, the noise and the sudden silences, and the unlikely, boisterous joy: Welcome back. Drive your roots into the concrete. Break it up.

Come the last song, and there are inevitably tears in my eyes, for its beauty and noise-filled peacefulness. „Ça v aller“, it will be okay: That’s some sentence to say, some title to give to an album, and right now in this general mess of things, too. In the lyrics, it’s still a question: „How d’you say: it’ll be ok? How d’you write: it’ll be ok?“ It’s the beautiful, necessary question asked and answered (eyes open and right in the face of everything) not just in words, but in music and spirit.

To all involved in bringing this album into the world, thank you. To everyone else: Now, really. Stop reading this and listen, and read the lyrics instead; Laura’s French original as well as the English translation by Georgina Collins are to be found on Bandcamp alongside the music. And since I took some time writing the review, there’s already another release to be found there, too: „Solaire à l’œil“ is a real bonus (track) to the album, with a beautiful, raw live-version as a B-side.