Who is behind Accumortis and how did the project come about?
Accumortis is a solo project that I created in anonymity. I use the pseudonym, “Accumortis,” across most creative platforms. Not only do I use it as the name of this music project, but I also use it as an alias for my YouTube channel, as well as my artist name as a member of another goth band (one that hasn’t released any material yet). The project started about three years ago when I began trying to emulate the sound of goth rock with a DAW on my computer. Essentially, I wanted to create a synthetic, electronic version of it — similar to darkwave… but more primitive. Eventually, I became more interested in coldwave and released more material featuring live instruments mixed with a cold, minimalistic synth sound. Right now, I strive to create underground sounds inspired by coldwave, goth rock, and minimalwave bands/artists from the 80s.

If you had to put your music into a drawer and print a label on it, what would it say?
I would label my most recent music (the Deathwave album) as a hybrid of minimalwave/coldwave. Some people say my music sounds inspired by industrial/EBM, but I don’t really feel like it does. I’m not a rivethead. I don’t listen to that type of music very often. My inspirations have always come from goth music and other closely-related “wave” genres. My next album will most likely be more of a coldwave/post-punk release — featuring live guitar/bass instead of purely synths.

Forget about genres for a second – your music sounds like …?
Cold, dark, and minimal — that’s the sound of all of my music, regardless of the label or shifting genre(s) of each release. 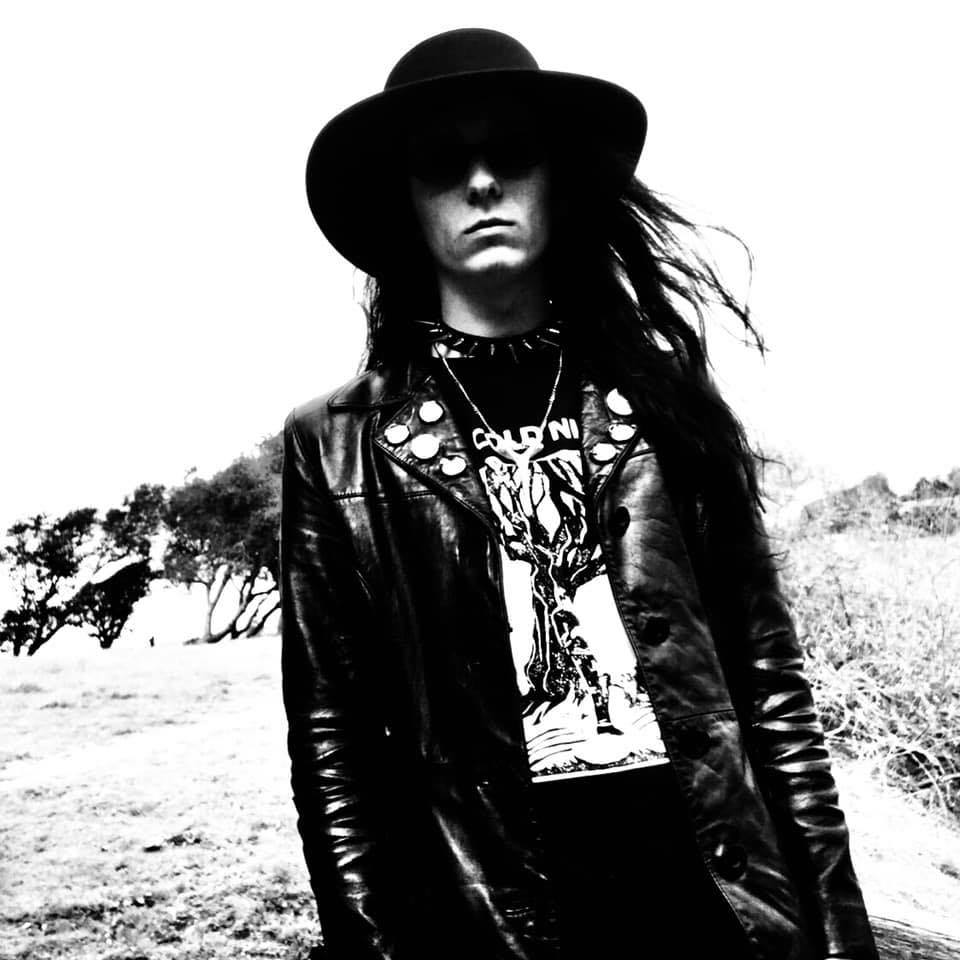 Can you tell us something about your musical roots? Which person, artist or incident inspired you when you first started making music?
I’ve been interested in music since I was a child. I grew up as a metalhead, so I’ve always been into music that isn’t necessarily mainstream. When I was young, I learned to play piano/keyboard and developed an interest in writing my own short pieces/melodies. Although I was always a metalhead, I also had a love for electronic music… and it was sort of a natural progression from playing keyboard to composing electronic music on a computer. In high school I got into goth, and it quickly became the music subculture I was most passionate about. I’ve been into the subculture for about 6 or so years now. The sounds of 80s goth rock, darkwave, and coldwave are what continue to drive my creativity – old school bands like Opéra De Nuit, Little Nemo, Martin Dupont, Pavillon 7B… and newer artists like Lebanon Hanover, She Past Away, The Agnes Circle, This Cold Night, and more…

What are your sources of inspiration and which sort of mood produces the best songs?
The musical structure of my music comes from the elements found in the tracks by the previously listed artists. The atmosphere, lyrics, and titles of my tracks are usually inspired by negative life experience – like growing up with/navigating the world with social anxiety issues that have made me unable to relate to many people. I’m not a physically expressive person, and I don’t like to talk directly about any personal struggles. I save it for music instead, allowing for a more amorphous and subtle articulation. Aside from that, I also love to include references to scientific theories and concepts in my music. I have a degree in biology, so it’s no surprise that those topics are still of interest to me and inevitably crossover into my tracks.

Imagine you can choose a movie and put your music in it as a soundtrack. Which movie would you choose?
This is the toughest question so far. It’s funny, because I actually made an entire EP inspired by horror movies. So, I guess it would be quite interesting to see my music in a slasher film – but which one…? I think I’d like to see my music in the 1983 film “Sleepaway Camp,” solely because it’s an 80s slasher film, and I think my music could fit in with the really awesome new wave and synthpop tracks already featured in the movie’s soundtrack.

Which instrument will surely NEVER be heard on an Accumortis track?
I don’t think I would ever limit myself by saying I’d never use or sample a specific instrument in my music. I’ve used synthetic sounds made to emulate flutes, accordions, saxophones, sitars, and even kotos. If I had access to any instrument, I’d be very happy to play around with them all. I’m positive I could create a dark atmosphere with almost any instrument. The hardest part would be learning to play them all – haha. Right now I only play keyboard/piano, and bass guitar (minimally). I do, however, sample many other instruments – some that people may not recognize have been manipulated and integrated into my music.

No alcohol is no solution either. What booze combination will definitely dissolve all your troubles and issues?
I actually do not drink alcohol, and I never have. I’m vehemently against both drugs and alcohol. I’m not going to stop other people from doing it, but it’s not something I’m interested in at all. Instead, I use music as a form of relief from my troubles.

What kind of music do you usually listen to? Any favorite bands/artists that you are excited by at the moment?
Well, like I said in one of the previous answers… I’m both a goth and a metalhead. When it comes to goth, I mostly listen to goth rock, coldwave, and darkwave bands. I also listen to some deathrock and minimalwave stuff. When it comes to metal, I mostly listen to old school death metal and black thrash/death thrash stuff. One band I’ve been listening to a lot recently is Twin Tribes. They’re really great. I’ve also been listening to the new EP by This Cold Night called Black Cherry – it’s probably my most listened to release of the past few months.

What is the most surprising record in your CD-shelf?
One CD I own that may surprise people is Sublime’s 40oz. To Freedom. Not only was I exposed to a lot of metal as a kid, but I was also exposed to a lot of reggae and ska/punk-fusion music. Sublime is one of those bands I’ve always liked, even though it’s not something I listen to a lot. 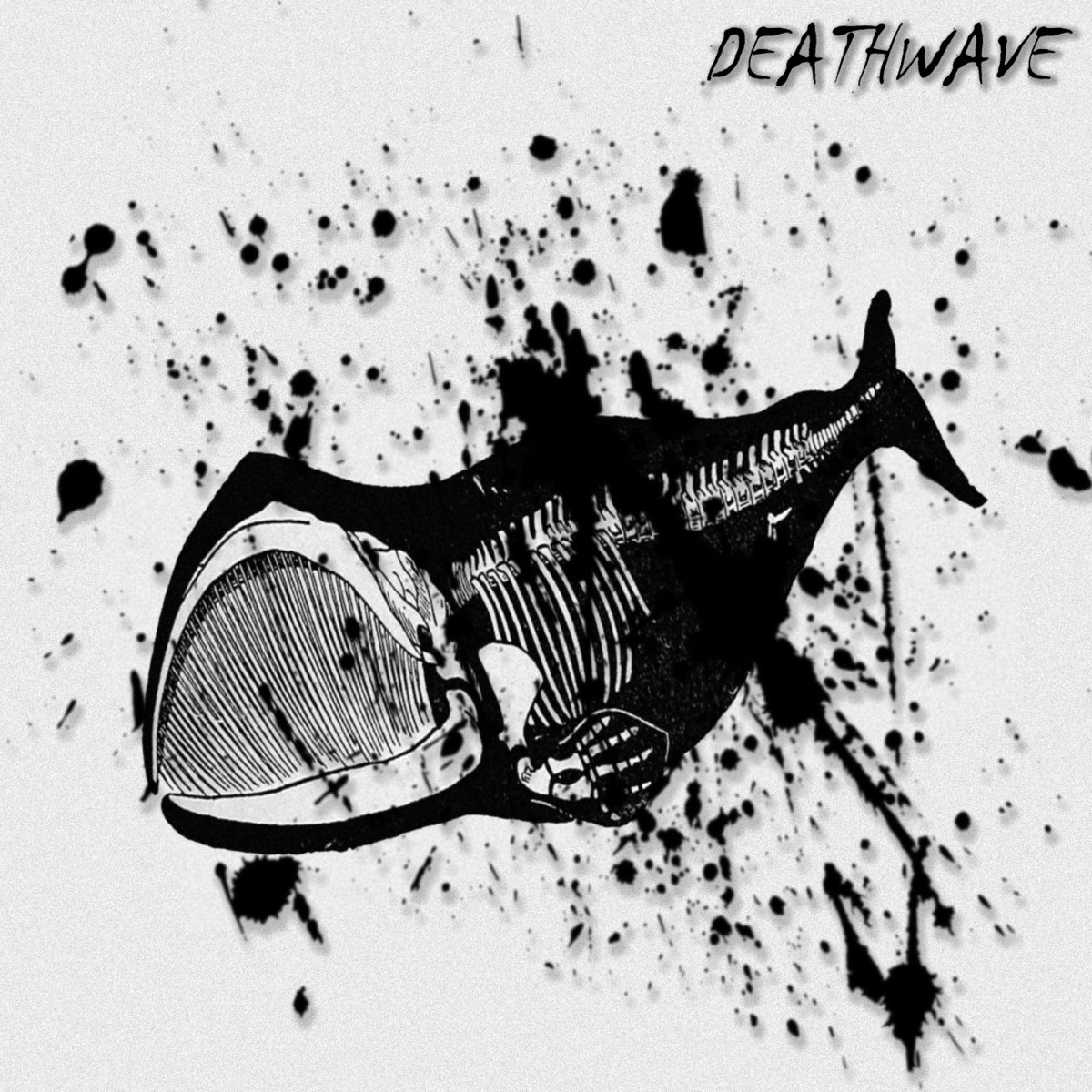 Last year your album Deathwave came out. Are you happy with the responses? What is the best context to listen to Deathwave?
Yeah, I would say that I’m happy with the responses. The album was featured on Synthetral’s Top 100 Releases of 2019, and I thought that was pretty cool. A lot of online radio stations have also been playing a couple of the tracks from the album, and I’ve really appreciated the inclusion into their setlists. I think the best context to listen to Deathwave would be when you want some dark music you can dance to while alone in your room. It’s not really a type of music I’d be interested in performing live, so I think it’s more so something to be enjoyed alone, or possibly during a DJs setlist in a goth club or something.

Can you tell us a bit about your local music scene?
Although I’m from California, I live in a place within the state where there’s not much of a local music scene. So, I can’t really speak much about it, unfortunately. There are some clubs and venues in adjacent areas, but I’m not a very social person and find it difficult to go out to events regardless of their location.

The Fairy Godmother pops up in front of you and grants you a wish. What do you wish for?
Maybe a Moog Minimoog synthesizer, or perhaps just simply enough money so that I can go to graduate school. I’m always torn between my two main interests – music and education.

Any special plans for the near future? What will follow?
Right now I’m working on two projects. One of them is a new Accumortis EP, in which I’m attempting to incorporate more bass/guitar, instead of just synth sounds. The other project is with my coldwave/goth rock band, Early Onset Death. We’ll be releasing our debut album sometime in 2020.