Who is behind Elvenking?
Six guys who really believe in this music. The band was founded in 1997 and since then, we’ve never stopped believing and working hard for this. The lineup changed through the years but Aydan and me have always continued and carried on the spirit.

If you had to put your music into a drawer and print a label on it, what would it say?
We can call it pagan metal. Then you still wouldn’t understand what we play probably, but at least you’d get the mood.

Forget about genres for a second – Elvenking’s music sounds like …?
It’s basically melodic folk metal so we have big melodies, a violin player in the lineup and we often have epic sounding orchestrations.

Which sort of mood produces the best songs?
The worst of moods usually leads to writing the best music. At least this is what happens to me. It’s probably the violent storm of feelings that stimulates creativity.

Which instrument will surely NEVER be heard on a Elvenking album?
I don’t know actually. We’re very open to everything but if I have to say something it would probably be electronic stuff. You will never hear that in our music anymore.

Which record would you want to listen to when you leave the bathroom in the morning, while the beautiful girl/handsome boy from last night is still in your bed?
I’m very moody. This changes all the time. This morning it was Demons & Wizards’ first album. 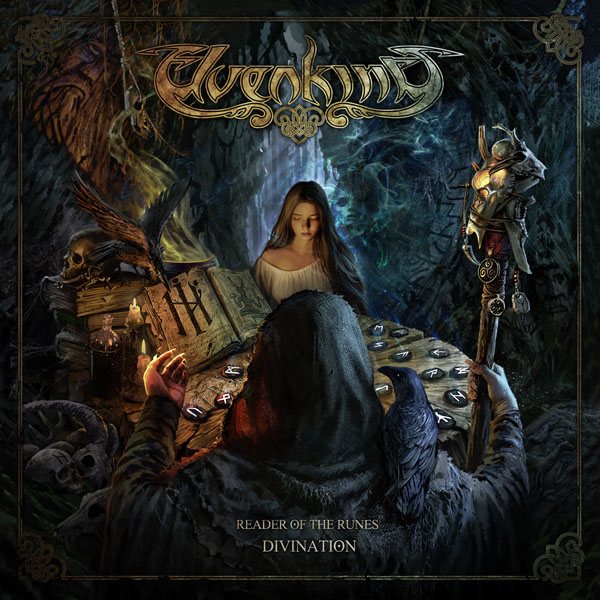 The Fairy-Godmother pops up in front of you and grants you a wish. What do you wish for?
I’d let her choose. I’m a bad chooser.

No alcohol is no solution either. What booze combination will definitely dissolve all your troubles and issues?
No booze is involved in dissolving issues. On the contrary, it helps creating trouble.

What shows you that someone is a true friend?
Loyalty and heart felt support.

Who was the hero of your childhood?
Freddy Krueger.

What is the most embarrassing/surprising record in your CD-shelf?
There is nothing embarrassing in music in my opinion. Or at least I don’t feel like it. Maybe someone would think that my cassettes from 2 Unlimited or Ace of Base from the 90’s for example might be embarrassing, but I just feel they’re part of my growth. There is no embarrassment in that.

What’s next? Tour? Studio? Vacation? Something completely different?
We still have some summer festivals and then we will concentrate on the new album’s promotion. So probably we will do some selected shows during fall/winter 2019, then embark on a full tour in 2020.

CD: Deathrow - The eerie Sound of the slow Awakening