Who is behind GYZE?
GYZE are Gods of Japan from Hokkaido. As you might know according to Shinto everything that surrounds us is of divine nature. Animals, nature, things, everything is filled with divine spirit. So in GYZE Shuji is the god of Drums, Aruta – the god of Bass, and Ryoji is the Guitar god.

If you had to put your music into a drawer and print a label on it, what would it say?
I’d label it “Way to grave”. Why? Because I will write songs until I die. So all my songs are my way to the grave.

Forget about genres for a second – GYZE’s music sounds like …?
GYZE have Japanese Pagans’ mind and spirit and the sound is filled with Japanese epic melodies, that sound like an emotional requiem. Our melodies show our listeners beautiful views and pictures, especially they illustrate the nature of Hokkaido, our motherland. 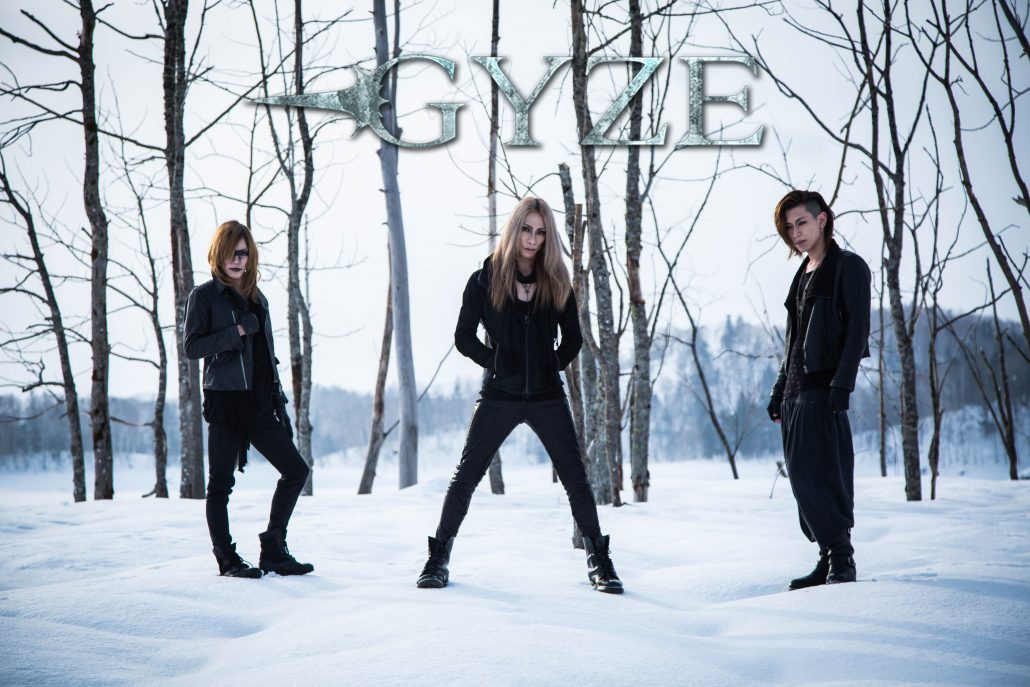 Which sort of mood produces the best songs?
I prefer writing songs in relaxing atmosphere having neutral mood. However, any feeling can become a good song I think. The most important thing for me while composing new songs is stress and deadline free atmosphere. And fish! Catching fish!

Which instrument will surely NEVER be heard on GYZE-album?
Every single instrument may appear in our albums! We’ve already used shamisen, koto, piano, violin, etc. We don’t want to limit  GYZE with just guitar, bass and drums.

Which record would you want to listen to when you leave the bathroom in the morning, while the beautiful girl /handsome guy from last night is still in your bed?
First of all, it’ll definitely be a girl, not a guy. *smile
So it’d probably be music by Beethoven, GYZE and the song Katyusha.

The Fairy-Godmother pops up in front of you and grants you a wish. What do you wish for?
I have no wishes. I want and will get everything I want myself. But actually if I had a chance I would ask for eternal peace in the world and no violence ever.

No alcohol is no solution either. What booze combination will definitely dissolve all your troubles and issues?
Vodka + Eau de Cologne (never tried it though) *laughing*
In fact, I don’t drink, so have no idea about it.

What shows you that someone is a true friend?
No idea actually, it might be a first impression.

Who was the hero of your childhood?
My hero was, is and will be Vega from Streetfighters (Japan)

What is the most embarrassing/surprising record in your CD-shelf?
I have one CD of an old Vkei Indie band that I received as a present from someone before I was eight years old.