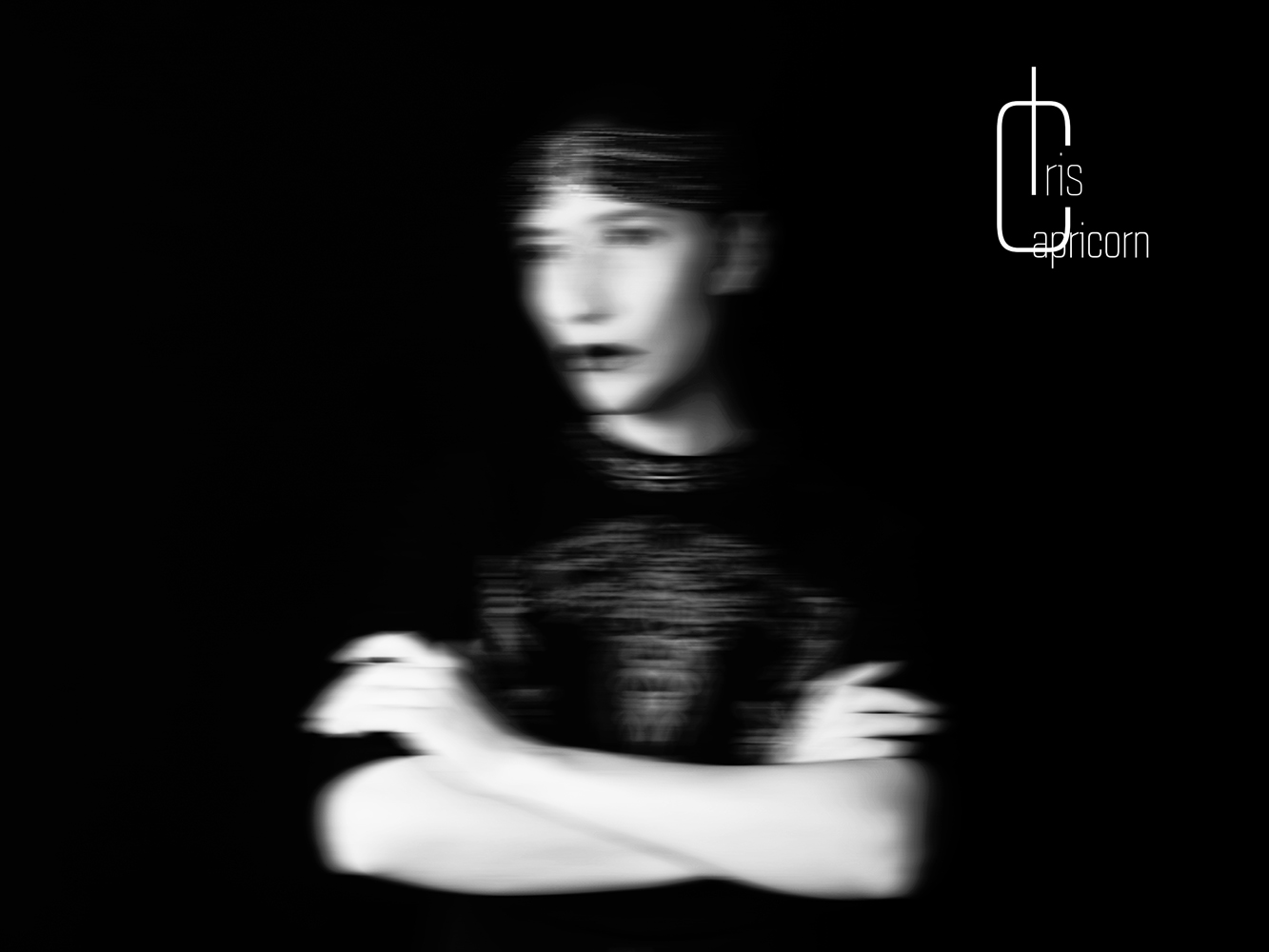 How did your project come into being? What is behind it?
I started working on my Iris Capricorn project a year ago, during the first lockdown in France. Until then I had never found the time to commit myself to it, and since working on a project from A to Z completely on my own is new to me I needed a space and time totally dedicated to it. This lockdown came to me like an opportunity to work hard and continuously. Regarding what is behind it … well it is as if something had pushed me from the inside to dedicate myself to it, I had this urge to express myself. It had been a long time for me without any musical creation work and I realise now how it kept me frustrated. Seeing Iris come to life is definitely the most satisfying experience of these last years for me, I guess that it was her time.

What is the connecting element between Dark Sanctuary and your solo project?
Oh my god, Dark Sanctuary is everywhere! Writing lyrics, elaborating my vocal lines and singing in Dark Sanctuary taught me a lot. During many years I witnessed how we created our albums and it’s been the best school ever for me. I put my soul in Dark Sanctuary, I learnt to transcend my darkest emotions through our music, and it is exactly the same spirit with Iris Capricorn. I am the same person as I used to be then, I just have been through more in my life, maybe Iris is the mature version of Dame Pandora? We are still in touch with the members of DS and I’m thrilled to know that they approve of what I’m doing now.

If you had to describe your music in terms of not music … what would you say?
I would compare it to a tale, not a sugar-coated one, the kind that makes the protagonist go through pain and introspection, loss and frustration. My music makes me think of a long journey towards the light, sweet and sour. When I was a kid I would be fascinated by those tales that are so cruel but that also teach you resilience and how to always have faith in what the universe holds for you. My song „The pilgrim“ summarizes it all, I would gladly go through all of this myself if it can help relieve the pain that humanity endures.

Forget about genres for a second – Iris Capricorn’s music sounds like …?
It would sound like a film rolling in an analogue video camera, or like a zoetrope turning and giving life to figures that seemed to be empty a second before.

What are your first musical memories?
Oh my dad plays harmonica and I remember singing along German songs (we lived in Germany at that time) with him playing in the background when I was six, we actually have that recorded on a tape and I definitely have to use it on a future track! He would also always play country music and rock’n roll at home or in the car, I have been raised with Dolly Parton, Johnny Cash, Emmylou Harris and rockabilly classics. On the other side, one of my brothers who is ten years older than me made me love The Sisters Of Mercy, Depeche Mode, Taxi Girl, The Cure, The Stray Cats and so on. At five years old I already had a taste for dark music and I picture myself sitting in front of his vinyl turntable, eating chocolate and being introduced to this kind of bands. I remember falling in love with the track «la fête triste» by Trisomie 21, it totally spoke to me even though a sad party isn’t supposed to mean anything to a kid! I really consider myself so lucky for the music I’ve been fed with.

What are you looking for in music?
Images. I want to be able to picture something, anything. I’m open to all kind of music as long as it makes me fantasise.

Which person, artist or incident inspired you when you first started making music?
So I had my first band at 14, at that time I was living in Qatar, and in 1994 we were all drowned in the grunge wave. But my absolute model at that time was Tori Amos, I was obsessed with her, her talent, her lyrics that were so nebulous and spontaneous at the same time, her voice and the colours of her range. Björk was also a must, omg she was so free with her voice. And of course Dead Can Dance. All of those voices led me to being who I am today as a singer. I was also very inspired by the pictures of Simon Marsden. I have always been hypersensitive and basically anything that would make me dream and escape reality inspired me.

Where does your inspiration for music come from? Which sort of mood produces the best song?
In Dark Sanctuary I wrote the song „La Clameur Du Silence“, right after my heart had been torn up to pieces, I was nothing but the shadow of myself, and Arkdae told me «You see, you suffer, but it is when you go through such feelings that you write the most beautiful lyrics». As far as I’m concerned it is sad but true. I have never written any joyful lyrics. And I wrote a lot of texts that I actually still use today, they still speak to me, „Oiseau de Proie“ on my upcoming album for instance, I wrote it in 2004, at the same time I wrote „La Clameur Du Silence“.

No alcohol is no solution either. What booze combination will definitely dissolve all your troubles and issues?
I don’t drink much, so …

Your debut album will be out soon. Can you tell us some things about the process of the creation of it? What is the album about?
So, as I said above I started working on it a year ago, I didn’t plan it like an album at all to be honest. I wanted to challenge me first and see how my music would sound like. It is my very first solo project and I simply let go all I had inside, with sheer curiosity and benevolence towards myself. Then something crazy happened, Milos Asian, one of the guitarists of my first band in Qatar suddenly came back into my life! We exchanged music, I sang for his musical project and since he is a sound engineer, at Kitchen Studio in Bordeaux, he offered to mix the tracks I had just made for Iris Capricorn. And this is how it started to come alive, Milos pushed me towards the top, he helped me open the door completely and realise that Iris needed to come out of her shell and feel legit. Concerning the themes of this album I would definitely say pain and resilience, I’ve been through those a lot recently and this first album is kind of an open book on those feelings. But I am very curious to see how people will interpret it, from my point of view it is actually very positive in the end.

What is the most surprising record on your CD/Vinyl-shelf?
A vinyl of sketches by Monty Python.

What are your hopes, dreams and what do you wish for?
I hope I can take Iris Capricorn far and play live, I haven’t felt that blissful for a long long time and I really hope that I can provide those same feelings and joy to an audience in the future.