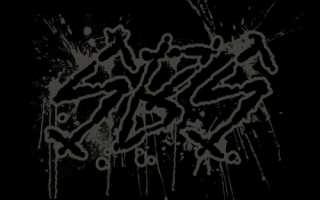 Who is behind Scream Baby Scream?
Damien: Scream Baby Scream is a band I started in 2010, together with Becky Delirious (bass) and Rendih (guitar). Later in the same year, before we released the first album Campfire Tales, Ryan T.3rr0r joined us on synth and keyboard.

If you had to put your music into a drawer and print a label on it, what would it say?
Damien: Sex, Blood & Guts …
Becky: From the otherside … with love …

How would you describe the sound of Scream Baby Scream to a deaf person?
Damien: Our sound is as powerful as Leatherface’s Chainsaw and as sharp as Michael Myers knife…
Becky: Close your eyes and think of all your deep fears … ok … now they are real!!

Which sort of panic creates the best songs?
Damien: Brain explosion, blood everywhere and us getting mad on stage.

Which instrument will surely NEVER be heard an a Scream Baby Scream-album?
Damien: Ahahah, I never had a question like this before! But I think every kind of instrument like flute, pipes and things like that.
Becky: When we were done with our first EP, we were thinking about an horror punk sound … look at us now! So never say never!

Which record would you want to listen to when you leave bath in the morning, while the beautiful girl from last night is still in your bed?
Damien: „Cruelty and The Beast“ by Cradle Of Filth…
Becky: For me, I think W.A.S.P -„Animal“; but I think the rest of the band loves „Y.M.C.A.“ by Village People. 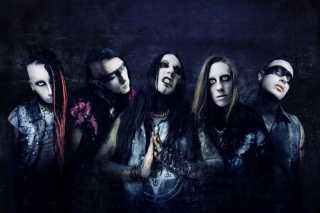 Which song would you be proud of, had you written it?
Damien: Definitely „Garden Of The Stones“ from our last Album From the Otherside… With Love. Ryan T.3rr0r wrote this song.
Becky: I think to be really proud of “Tanz Schlampe” in this moment.

No alcohol is surely NOT the answer – after which combination of booze all your problems will have dissolved?
Damien: Ahahahah. Give us a bottle of Vodka and few drops of Monster or Red Bull and everything dissolves in one second.
Becky: Are u kidding me? Where is the next party?

What shows you a true friend?
Damien: A true friend always shares a bottle of Vodka with you!!!
Becky: I NEVER WILL BE YOUR TRUE FRIEND DAMIEN! THE VODKA IS MINE!

Who was the hero of your childhood?
Damien: Freddy Krueger and Jason Voorhees. Ahahahahah, I had a creepy childhood!!!
Becky: Uhm, I think Cristina D’Avena’s boobs!!

Are we alone out there?
Damien: I can’t be sure if we’re alone or not, the universe is soo big that something can be out there, I just hope they look like Xenomorphs or Predators … No ugly eggheaded gray aliens!
Becky: We are here … this is the proof that humans are not alone.

What’s next? Tour? Studio? Vacation? Something completely different?
Damien: Absolutely no relaxing … We will have a couple of gigs here in Italy, in Rome and Vercelli, than we’re trying to book a few gigs in Croatia and Slovenia to promote the album, and after this we will have our first UK tour from May 26th till June 2nd … Then we’ll see what happens.
Becky: Can I go out and kill tonight?!!

CD: Deathrow - The eerie Sound of the slow Awakening