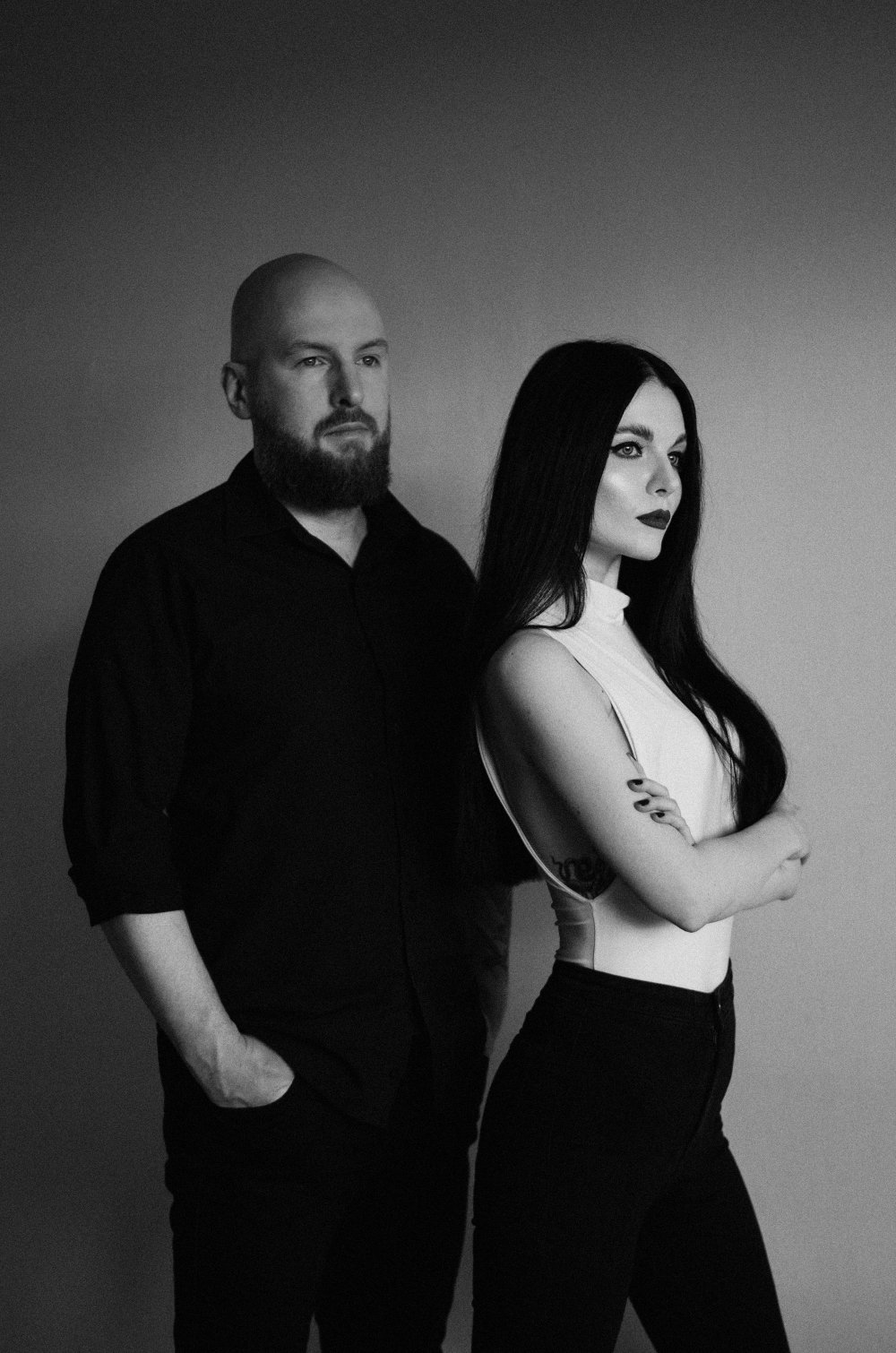 How did the project came into being?
For as long as I can remember, I loved to sing. I was a little girl when I discovered that music was an extremely powerful force. I sang on every possible occasion and took unimaginable joy out of it – joy and passion that can only be conveyed through music. As I sang, the outside world faded away and so did my sorrows. So it was natural that I searched all too often for this oblivion, and I still do. Unfortunately, adult life doesn’t always go our way – many obstacles over the years have prevented me from being an active musician. In those days, music was still a huge part of my life – in the meantime I graduated from music school, attended singing lessons, then wrote lyrics for friendly bands, collaborated with music magazines.
However, I was missing something that was only mine. Stridulum came into my life quite unexpectedly – we met with Arkadiy completely by accident, because of the announcement. Today we are friends, and we have been creating music together for 3 years. Right after our first meeting, our common vision quickly took shape. Everything came naturally from then on.

How did your band name come about, and what does it mean to you?
Electronic music that we create has a lot of coldness in it, which we like very much, but we try to balance it with variety and expressiveness of vocals to make it more multidimensional. We wanted the name to reflect this alleged dichotomy of simple cold music and slightly more complicated vocals. The name Stridulum sounds pretty sharp, which suits electronic music, but at the same time a bit poetic – which refers to the emotional layer of lyrics and vocals. The name comes from Latin and means whistling, which is quite a piercing sound. I think it captures the spirit of our music well. 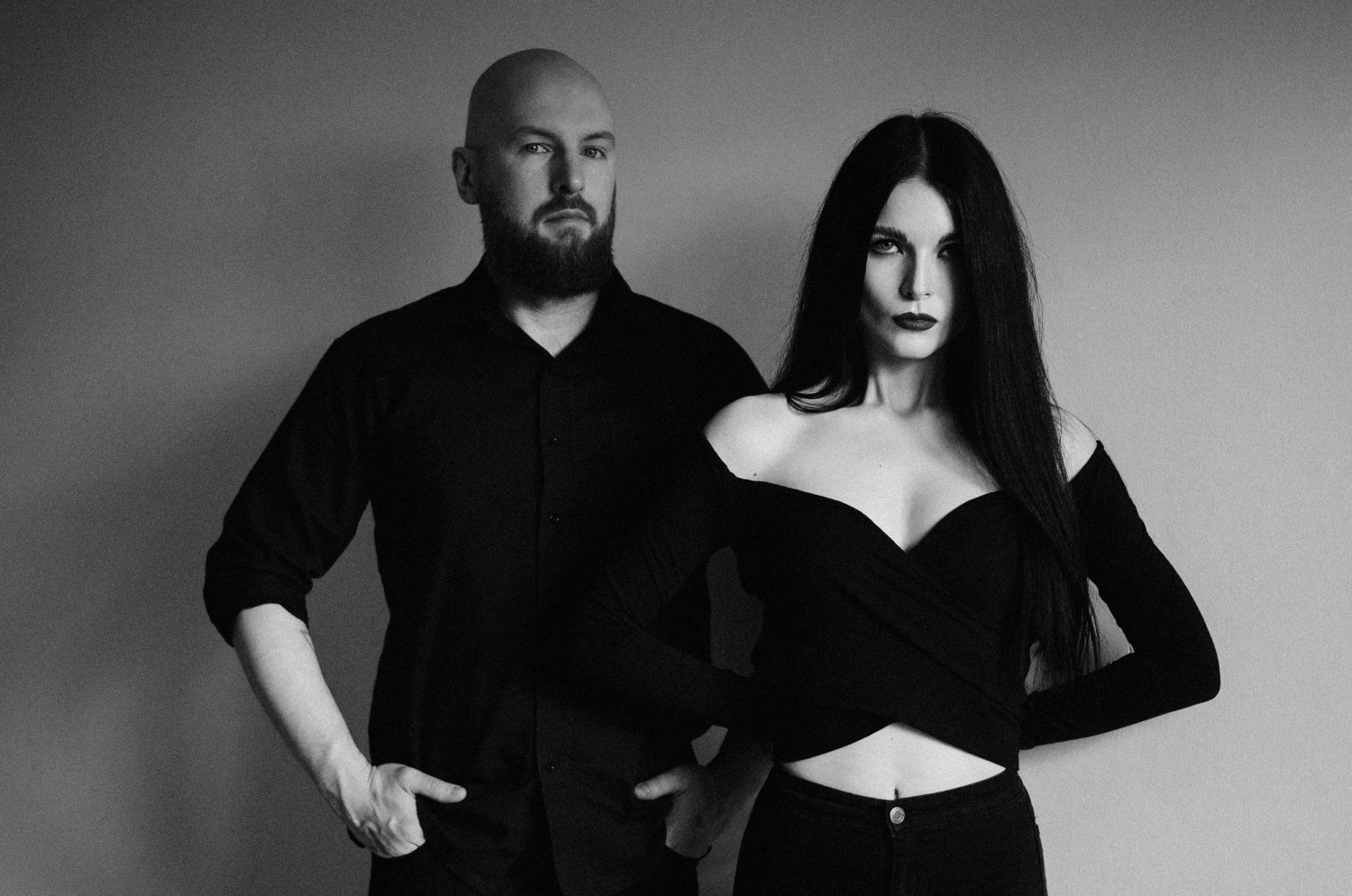 Can you tell us few things about the connection between you two and your journey into the music?
If it’s true that opposites can go together perfectly, then it’s certainly true for our band. Together with Arkadiy we come from different worlds – both in terms of personality and music. But I think that’s the reason why our cooperation is so successful. We both bring different inspirations to the band, we look for various means of expression. We learn a lot from each other. I grew up on pretty heavy sounds. Arkadiy comes a bit more from the electronic regions. Today our taste in music is extremely eclectic, we don’t like to limit ourselves. When it comes to personalities – I am a strong, dominant person with a sharp, clear vision. Arkadiy is a much calmer and conciliatory person – his balanced approach often neutralizes my dictatorship in the band.

Forget about genres for a second – Stridulums music sounds like…?
…dirty penance and severe salvation.

What are your first musical memories?
The sound of the bass my dad played. Kindergarten songs I hated to sing. Adult songs that I loved to sing. Funny vibrato in my voice, which I couldn’t control in the early years of singing.

Which person, artist or incident inspired you when you first started making music?
I come from a musical family so it was probably more than certain that I would make music as well. I don’t like modern times, I’m a pretty old school person. I love the atmosphere and music of the 80s and naturally, it’s a great inspiration for me. 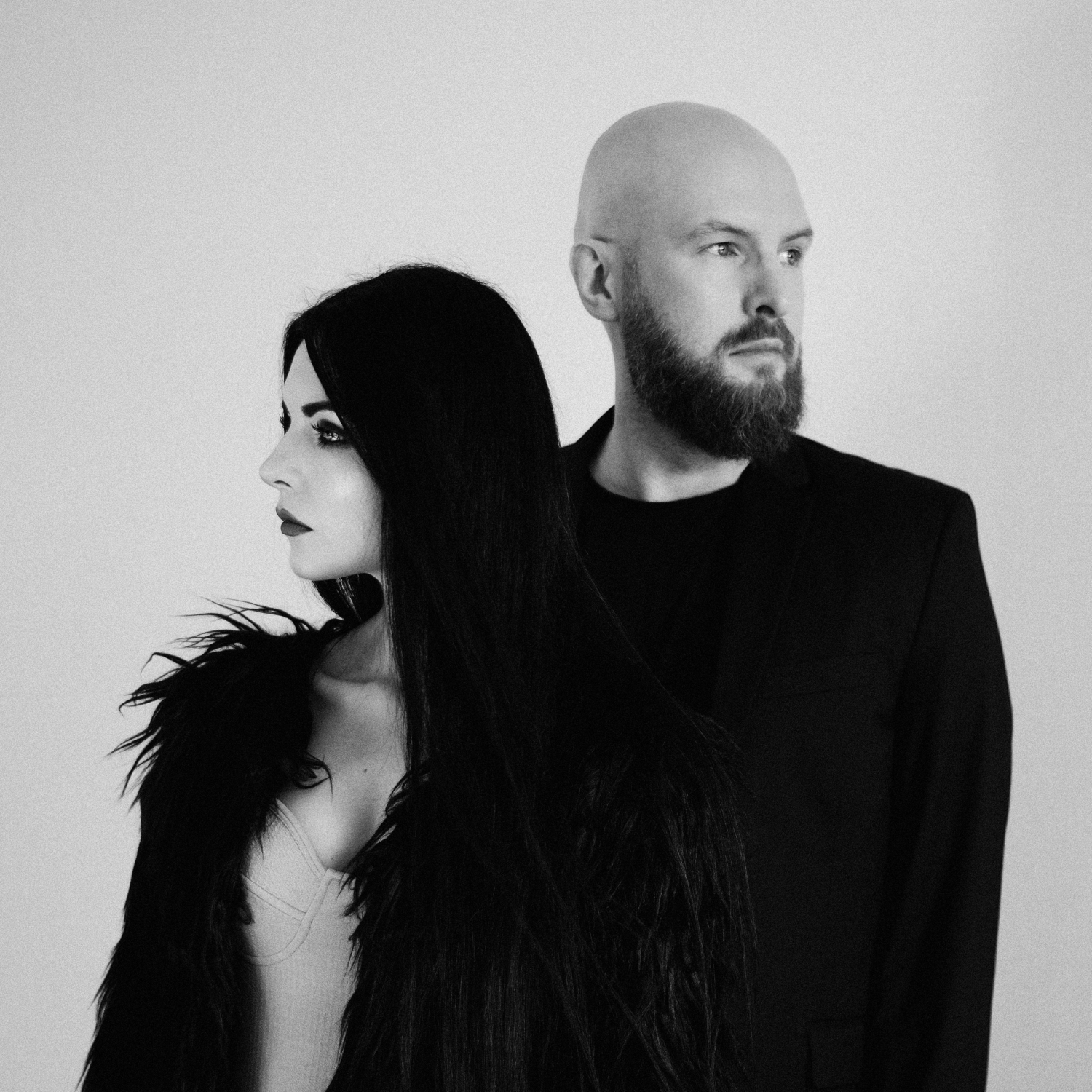 But I really get my inspirations from everywhere and they are wildly different, sometimes weird. Without David Bowie or Dead Can Dance, I would never have started singing – I am very grateful to these artists. For years I’ve been also greatly influenced by Nick Cave, Scott Walker, The Smiths, The Cure – admittedly, it’s not so audible in the music of Stridulum (more so in my second band Burial Fields, which you will hear about in a while). However, the above-mentioned artists made me aware of the importance of creation, transformation and artistic freedom. I would definitely not be the same person without their music. At the same time, I still remember other things that had a strong influence on me in the previous years: avant-garde black metal like Ved Buens Ende, heavy doom despair like The Angelic Process, old school gothic rock like Love Like Blood, industrial dirt like In Slaughter Natives, nostalgic tales like Death In June, or poetic musical landscapes under the sign of Tori Amos. Arkadiy, on the other hand, is heavily influenced by Apparat or Gus Gus.

Recently your new single „Ghost“ came out. How did the writing happen?
„Ghost“ is the second single from our upcoming album Soothing tales of escapism. It’s a calmer, more melancholic song than the ones our listeners have come across so far. When it comes to creation process, Arkadiy came with the skeleton of the main theme, and we worked out the rest together. I worked on the vocals at the end, when all the music was ready. I like to listen to the instrumental version and collect the emotions that sounds evoke in me. It makes the lyrics and melodies come naturally. “Ghost” relates to feeling more of a spiritual than a physical being – there have been times in my life when I didn’t feel like a „person“, more like being somewhere near my life, not really in it. Sleepy days and a melancholy that numbs the senses… I wanted to capture this slightly haunted atmosphere in the vocals. This song is also about a relationship that for a time remained elusive, suspended between being and not being – about two lost spectres looking for each other. About the pain of waiting for better days and the feeling of fulfilment when you find someone who puts love into your days and makes you feel alive.

Where does your inspiration for music come from? Which sort of mood produces the best song?
Everything that hurts, that keeps you awake at night, that often appears in the worst nightmares, is the best material for fruitful work on music. It’s a cleansing experience – you get rid of fears and pain by pouring them into music. Katharsis.

Which instrument will surely NEVER be heard on a Stridulum-track?
I don’t think such an instrument exists. We like experiments.

No alcohol is no solution either. What booze combination will definitely dissolve all your troubles and issues?
Definitely dry red wine. Unfortunately it’s temporary solution – still enjoyable anyway.

What is the most surprising record on your CD /Vinyl-shelf?
Considering the fact how eclectic my musical taste is, nothing is really surprising.

What are your plans for the near future? What are your hopes, dreams and what do you wish for?
Creativity is my way of life and something I can’t live without. First of all, I wish I had health that would allow me to create for as long as possible. In the future I would like to try new things musically, transform, broaden the spectrum of expression. As for the concrete plans, we are currently finishing the mix and mastering of our new album Soothing tales of escapism, which will be released in September. We are also preparing a music video for the next single from the album. Besides Stridulum, I’m in the process of preparing songs for an album with my second band Burial Fields, Arkadiy also has a solo project called Gallinae Musica. Lots of exciting things to come…