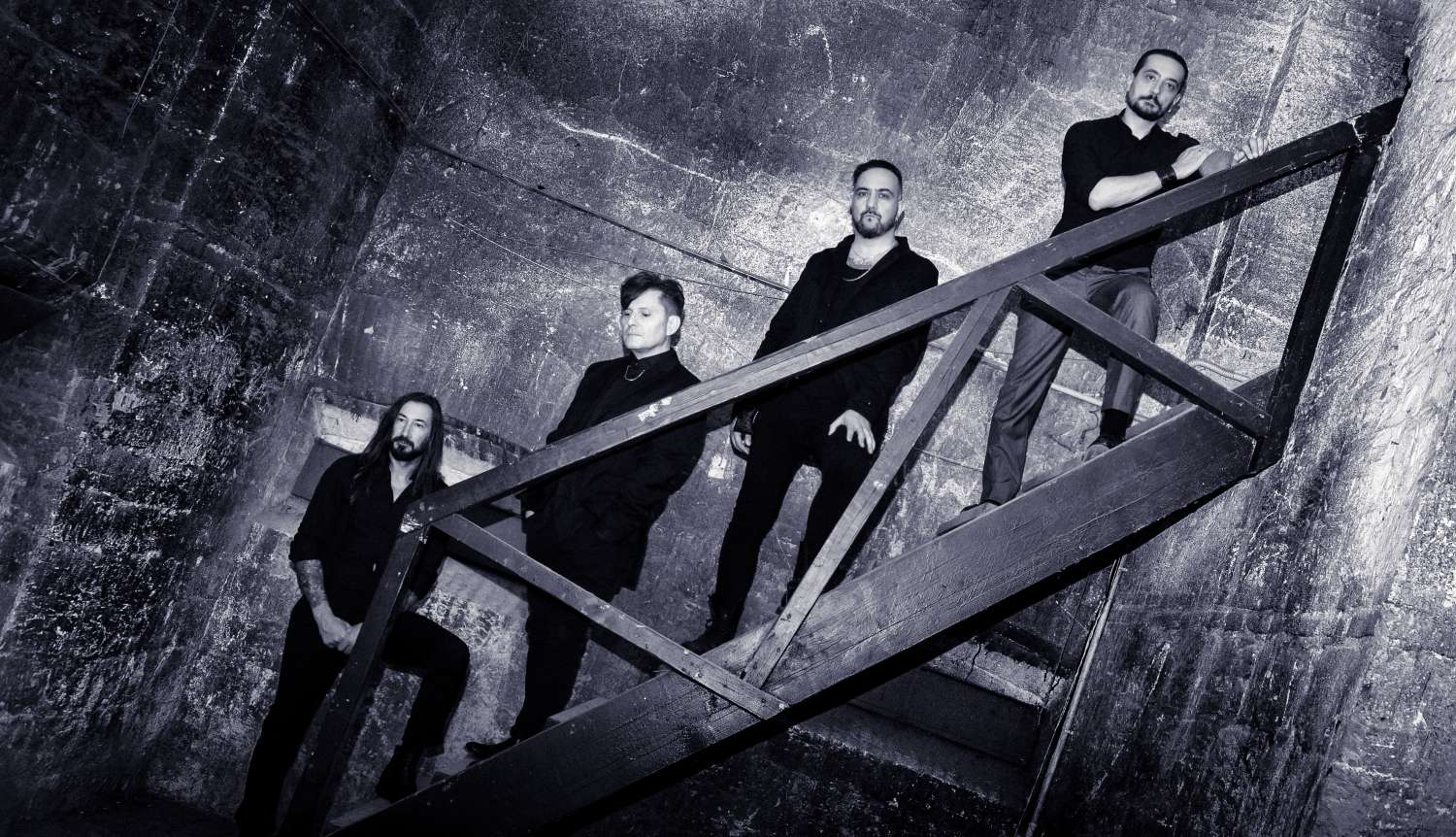 How did the project come into being? What made you decide to start This Eternal Decay?
It was my idea, it was a long time that I wanted to embark on a new artistic path, resetting and starting from scratch. After over 10 years in Spiral69 I needed to confront myself with something new and stimulating.

How did your band name come about, and what does it mean to you?
„This Eternal Decay“ was part of a line from a song written for a film years ago that never saw the light at the end … The sound of these three words takes me to different moods, it has a certain retro mood but at the same time something futuristic.

Can you tell us a few things about your journey into music?
I have always been immersed in music, I grew up in an artists‘ house, at the age of 12 I already played (badly) the piano and the guitar. I never had any doubts about what I would do in life, in fact I live as a musician at 360 degrees, I am a producer, DJ and author of a lot of music for cinema and TV. The music I compose for T.E.D. instead is the expression of my truest inner self, no compromise, I do not seek fame at any cost. I just want to write and play my music as I feel it, without walls and clichés (which unfortunately, in my opinion, have been afflicting the Goth scene for too long).

If you had to describe your music in terms other than music, what would you say?
I think it’s an emotional sickness.

What are you looking for in music?
We simply believe in the idea of expressing ourselves without barriers, in fact our albums are very varied … we started playing Industrial-Wave and we moved to Goth-Wave over time, because we wanted to do it. The day we repeat the same sound over and over again, it will be the right day to break up.

What are your first musical memories? When did you first fall in love with sound and which person, artist or incident inspired you when you first started making music?
As I said earlier, I grew up surrounded by an artistic environment. When I was 10, my older brother was playing in a Neo Folk band (does „Argine“ tell you anything?). I often attended their rehearsals and also listened to everything that came out of our home stereo. This intrigued me so much that I stopped playing with toys and just started listening to music. I didn’t do anything else. My first true love was „Disintegration“ by The Cure. I was really too young to understand its greatness, but it won me over. When I was 12, I started my first band with some school friends and have never stopped since.

What impact do your surroundings have on your music?
In this very decadent moment, on a human, political and social level … it is inevitable that music will be infected, even if only as a form of reaction. Unfortunately, the world is falling apart a lot, it’s inevitable that more and more obscure music will come out of it.

Where does your inspiration for music come from? Which sort of mood produces the best song?
It is very important for me to listen to a lot of music, read a lot of books and watch a lot of movies, but above all „live“, meet people, travel, have an eye on the new. Only in this way can I find the inspiration to write new music.

Your album „Nocturnæ“ came out earlier this year. How does the birth of a new composition happen for you? How does your compositional process work?
I think that to write a good song, you first have to write 10 songs that will gradually improve and lead you to what you really wanted. Experimenting with new sounds, moods and technologies. It’s a long process that requires research, patience and experience.

How does the visual aspect relate and reflect your music?
This is a very complex aspect of our work. I personally manage both the graphics and the production of our videos. It’s a passion of mine that I always try to indulge, even if for the next album I think we will rely on an external hand.

How would you describe the world you are trying to create during your performances?
The live aspect is our best aspect. Our performances are really strong, I say this without presumption, but it is something that we have taken care of a lot and we work on it so much. We like to be powerful, but emotional at the same time, we are particularly proud of it. Come and see with your eyes :)

What’s next for you? What are you most looking forward to?
We are working on an EP to be published in 2023. It is already well underway and it is incredibly powerful and well written, we hope to be able to present it at one of the great festivals next summer. Then we are preparing for NocTour 2022/2023, the tour that will bring „Nocturnæ“ around live, for now we will hit the main European cities, but we hope to extend it as much as possible! We can not wait.