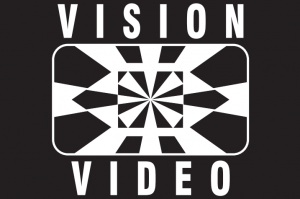 Who is behind Vision Video?
Vision Video is myself, Dusty Gannon as vocals and guitar, Emily Fredock as keyboards and vocals, Dan Geller on bass guitar and Jason Fusco on the drums!

If you had to put your music into a drawer and print a label on it, what would it say?
It would probably say “Goth Pop for Sad Bastards”.

Which sort of mood produces the best songs?
My favorite music is anything that is melancholic, but with a danceable rhythm and beat!

Which instrument will surely NEVER be heard on a Vision Video-album?
Perhaps a banjo – I don’t foresee that being possible.

Which record would you want to listen to when you leave the bathroom in the morning, while the beautiful girl/handsome guy from last night is still in your bed?
Most certainly Disintegration by The Cure.

The Fairy-Godmother pops up in front of you and grants you a wish. What do you wish for?
The end of the pandemic and the re-emergence of live music!

No alcohol is no solution either. What booze combination will definitely dissolve all your troubles and issues?
Glenlivet 14 with two ice cubes – it’ll help cure what ails your spirit.

What shows you that someone is a true friend?
Truth, even when it hurts!

Who was the hero of your childhood?
The special effects makeup artist Tom Savini, the horror director Georgia A Romero, and Robert Smith of The Cure. 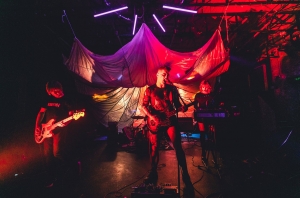 What is the most embarrassing/surprising record in your CD-shelf?
The Beatles – Help! – most people don’t typically think I’d be a Beatles fan!

What’s next? Tour? Studio? Vacation? Something completely different?
We’re going on tour across the US for three weeks in September. Once we get back, we’ll get started on our second LP.