Who is behind WEESP?

Dmitry: Now there are 5 of us. Lex (vocals), Mike (guitar) and me – Mi (bass) – are the founders of the band. We play together for about 10 years now. We founded Weesp between 2008 and 2009 and marked this event with the release of the mini album Vol1. Already at this point we started experimenting with electronics. Later our drummer Gul and my twin brother Stak, who finally added electronics to our music, joined us. Since then we are playing together and we are happy to have found each other.

If you had to put your music into a drawer and print a label on it, what would it say?

Sincerity inside. Can be used in any mood, but to its fullest. After applying consult a doctor.

How would you describe the sound of WEESP to a deaf person?

I will ask: Have you ever flown in a dream or had such a strong emotional lift that it could have moved mountains? That’s what you would feel when listenening to Weesp.

Which sort of panic inspires the best songs?

It is a combination of two elements – depressive and positive. On the one hand it is frustration, loneliness, fear, hopelessness, hangover, eternity, apathy. And the other is euphoria, dreams, joy and aspiration, love, alcohol, ignoring the consequences – live today.

In general, concepts and feelings familiar to everyone. 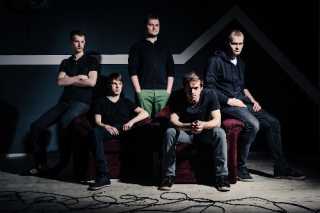 Which instrument will surely NEVER be heard on a WEESP-album?

Actually it is possible to hear everything. We like to experiment on our records. In every song you can hear dozens of instruments.

Which record would you want to listen to when you leave the bathroom in the morning, while the beautiful girl from last night is still in your bed?

It is definitely something by James Brown or Funkadelic.

Which song would you be proud of, had you written it?

I am proud of all the tracks from the album The Void which we are recording right now. Each track is genius in some way and will definitely leave no one untouched. Of already recorded songs I’m very proud of „Exodus:origins“, although it is very different from most of our songs.

No alcohol is surely NOT the answer – after which combination of booze will all your problems have dissolved?

50cl of dry vermouth, 50 cl of vodka, 3 pieces of ice and a juice of a slice of a lemon in one glass … for 5-6 times. And all the problems are dissolved and the fun begins.

What shows you that someone is a true friend?

This man plays with me in Weesp *smiles*

Who was the hero of your childhood?

It was B-Real from Cypress Hill. I just like his voice. Fortunately I had no idea what he’s singing about *smiles*

Are we alone out there?

Of course not. Even among us there is a large number of people from other planets. By the way, they especially like Weesp music. And in general it is a serious question – we even have a few songs about it. This are, for example, “Livan” and “Exodus:origins” from the album This will destroy us.

Now we are busy recording a new album – The Void. It will be very deep and conceptual, which we are proud of. After that, we plan to tour Western Europe – from Poland to Holland and back. And of course we will come to Germany.

Thank you all for your attention. E-mail us and send messages via twitter – I’ll happily chat with you!

This was Mi of Weesp. I wish you all good! 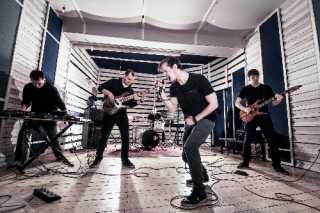