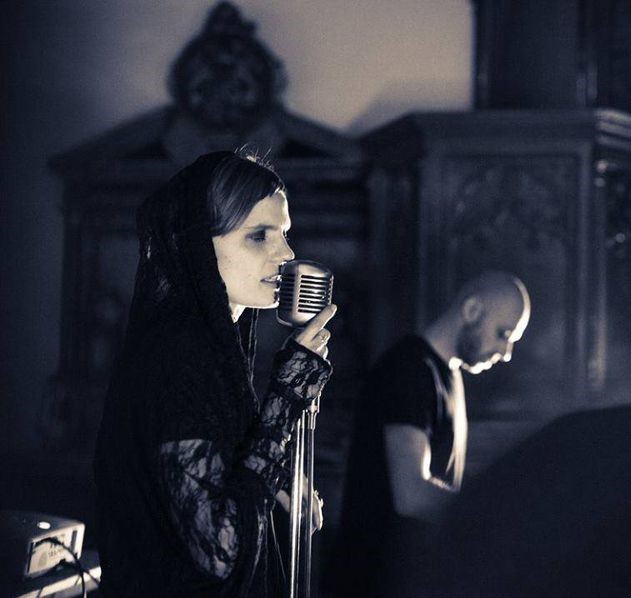 How did your band name come about, and what does it mean to you?
The name for the band is inspired by the Armenian Genocide. The project was named in 2015 which was the year of the Commemoration of 100 years of the Armenian Genocide. Jerome is half Armenian, therefore he is inspired by the history of this country. For Barkosina it is a different matter, she implies the name to more psychological aspects of our everyday lives.

If you had to describe your music in terms of not music…what would you say?
Two people standing on the top of a cliff, one is pushing the other off the cliff while holding his hand at the same time. 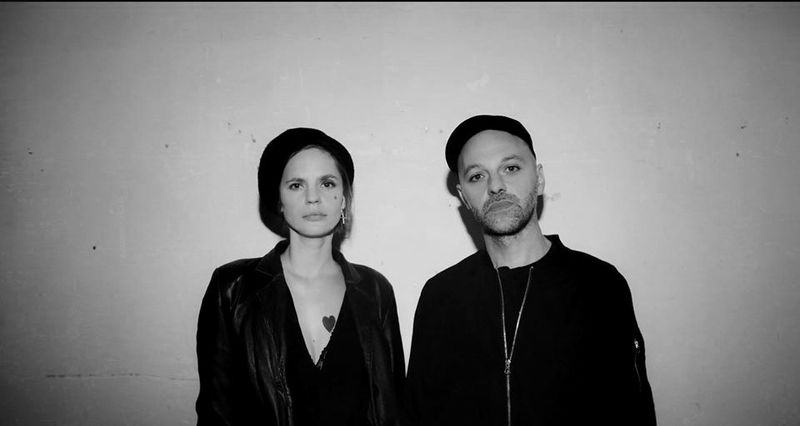 What are your first musical memories, and do they play a part in what you are actually doing?
Barkosina: There is one memory that stayed with me from a very early age. My father took me to a cabaret show, very dada avant-garde like performance. Those performers on the stage played strange music and shouted poetry over it, a lot was going on. It was like weird human behaviour with so much expression and creativity. At that moment, I realized being on the stage was where I needed to be in my life.
Jerome: I can’t remember the first one but seeing The Cure live in 1989 had a massive impact on me and certainly has contributed to what I’m doing.

What are you looking for in music?
We are looking for creativity, poetic expression, and interaction. Music is a powerful art medium that evokes feelings, memories, and imagination. It is our favorite language in the world.

How does your compositional process work and how do you put your ideas together?
We usually start by searching for sounds and jamming patterns on hardware. We have a broad palette of synths/drum machines and FXs we can choose from according to what we are trying to achieve. Once we find a certain mood that we like, then the inspiration for poetry/lyrics writing comes in. Sometimes we also use a bass guitar to find basslines and intervals for the vocals. We use Ableton Live to edit/mix and finalise a track.

Imagine you can choose a movie and put your music in it as a soundtrack. Which movie would you choose?
Enter the Void by Gaspar Noé

What impact has your surrounding on your music?
We’ve been working in isolation for quite some time now (much before the quarantine happened) and that has had a very positive impact on our music. Surrounded by nature and a healthy environment lead us to concentration, reflection, and tranquility. 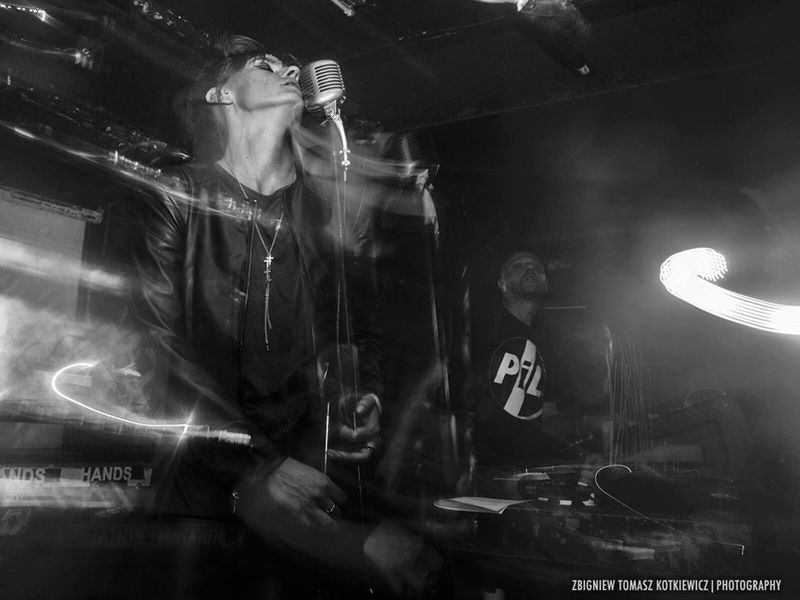 Of course, we miss the city and the buzz but this usually came with touring and so having that type of balance was great. Humans are extremely centralized and it makes you think there is no other life than in the main cities, but for us going away to breathe some fresh air and having a space to create was extremely beneficial for our music. And so to speak, every type surrounding influences what you do, it is good to choose the one that works for you at a certain time.

Where does your inspiration for music come from? Which sort of mood produces the best song?
Our inspiration comes from everyday life and from the feeling of emergency to create. We constantly document what we live and feel. As we work as a duet, complicity is important as well as the clash of moods between individuals. Sometimes that is exactly what makes the best song, this peculiar difference, contradiction, and conflict. The production needs a mindset filled with sanity, patience and focus. On the other hand for poetic writing, the best mood is tense, curious, adventurous, wild, and romantic. 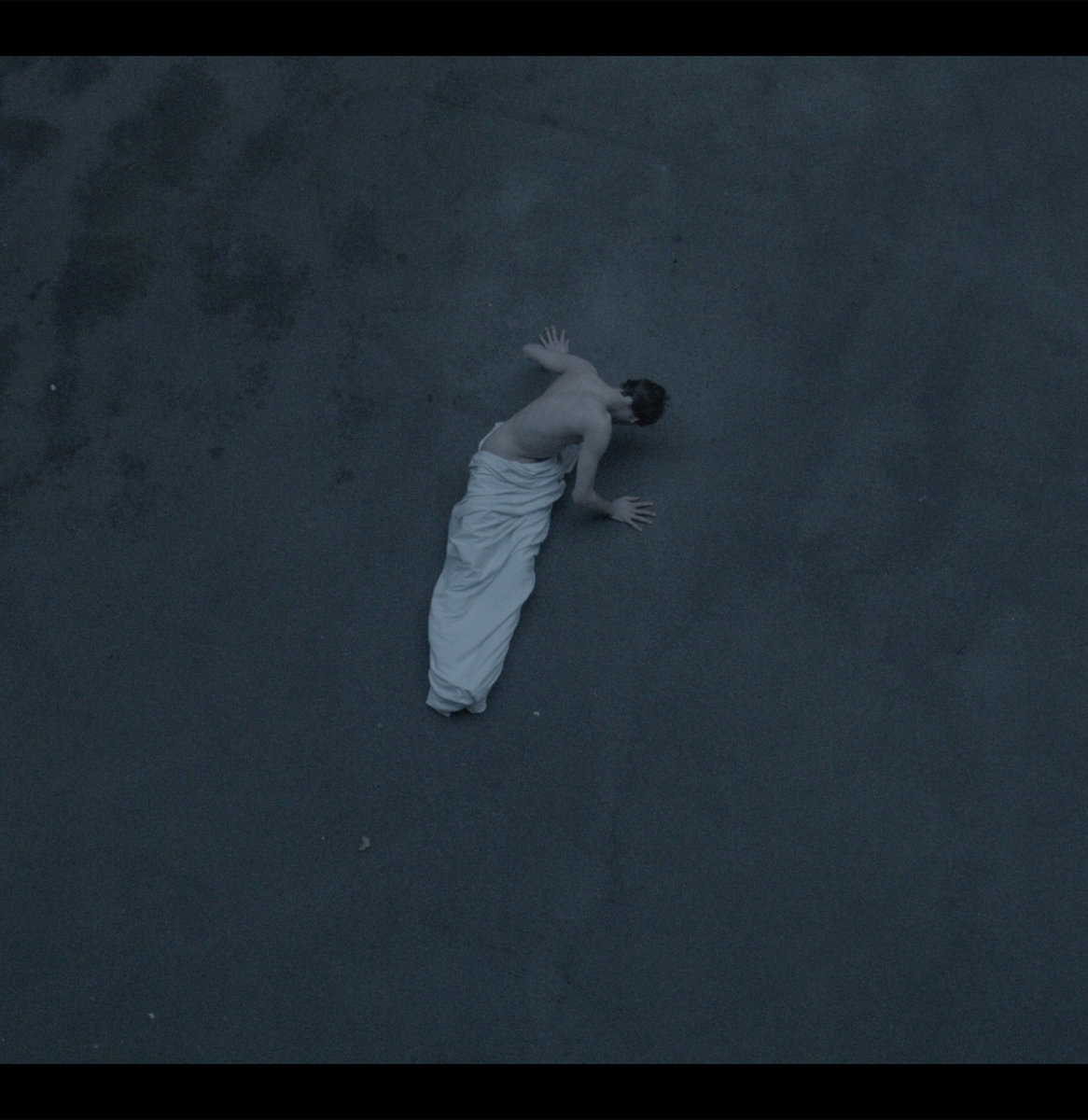 Recently your amazing LP Human Tragedy’ came out. What can you tell us about the background, creation and concept of Human Tragedy?
Human Tragedy is a result of our more ambient/noise body of work, assembled from our earlier experimentations. Besides Suicide Disco (our more dance-floor oriented sound), we’ve been producing and playing live cinematic-like ambient sets with the use of modular synths and processed vocals.

It is our more experimental side, more theatrical and performative. The concept for the mini-album focuses on dystopian poetry, telling an introverted story/perspective on human failure, collapse, and perhaps disappointment with humanity in general.
We are very happy that this release is out on Modular Mind, it is a perfect place for this work. The vinyl is pressed on 180g vampire red & black smoke 12″ vinyl and about 50 copies come with a booklet which contains beautiful Artwork and poetry/lyrics which can be purchased from Bandcamp. The entire process of releasing Human Tragedy was collaborative. Thanks to Karl (Kujo) who runs Modular Mind and does all the mastering and to Charleene (Unn, Furror), an audiovisual Artist responsible for the entire artwork of the mini-LP, and Arthur Bdt who did an excellent performance for „Human Tragedy“ video. 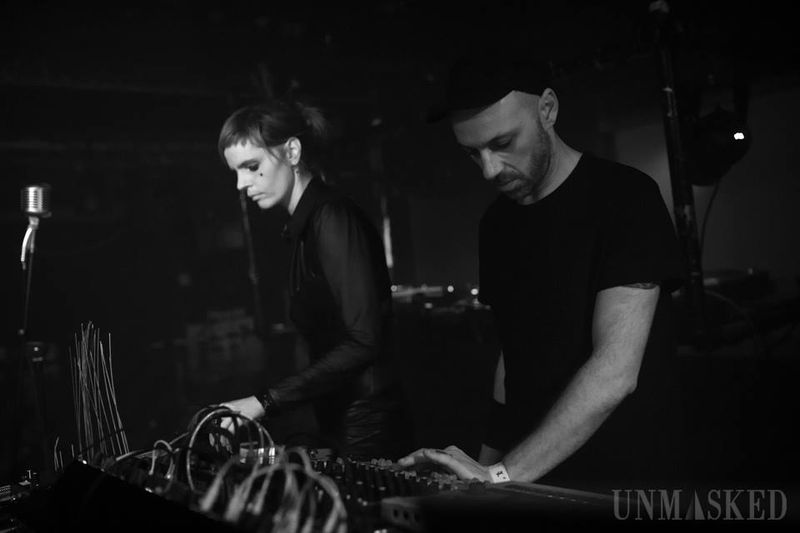 Which instrument will surely NEVER be heard on a Years of Denial-track?
We can’t say no to an instrument. Any instrument has its timbre and can be processed and used in different ways.

What is the most surprising record on your CD /Vinyl-shelf?
A 7-inch by French artist eRikm, there is no sound/groove pressed on the vinyl and so what you play and hear is the sound of the needle moving randomly on the material of the vinyl.

What will follow? What are your plans for the near future and what do you wish for?
Who knows what will follow… Maybe our next short term solution will be the gigantic underground moon cave where we will breathe moon crust and move in retrograde motion. The future is uncertain, but we hope and wish to travel and return to soundchecks, red and blue lighting, smoke machine and strobe lights, performing live on the stage, reconnecting, and interacting with others. Once this will come to life again, then we might think of the future.