„I think genre may go the way of gender and become less and less relevant.“ 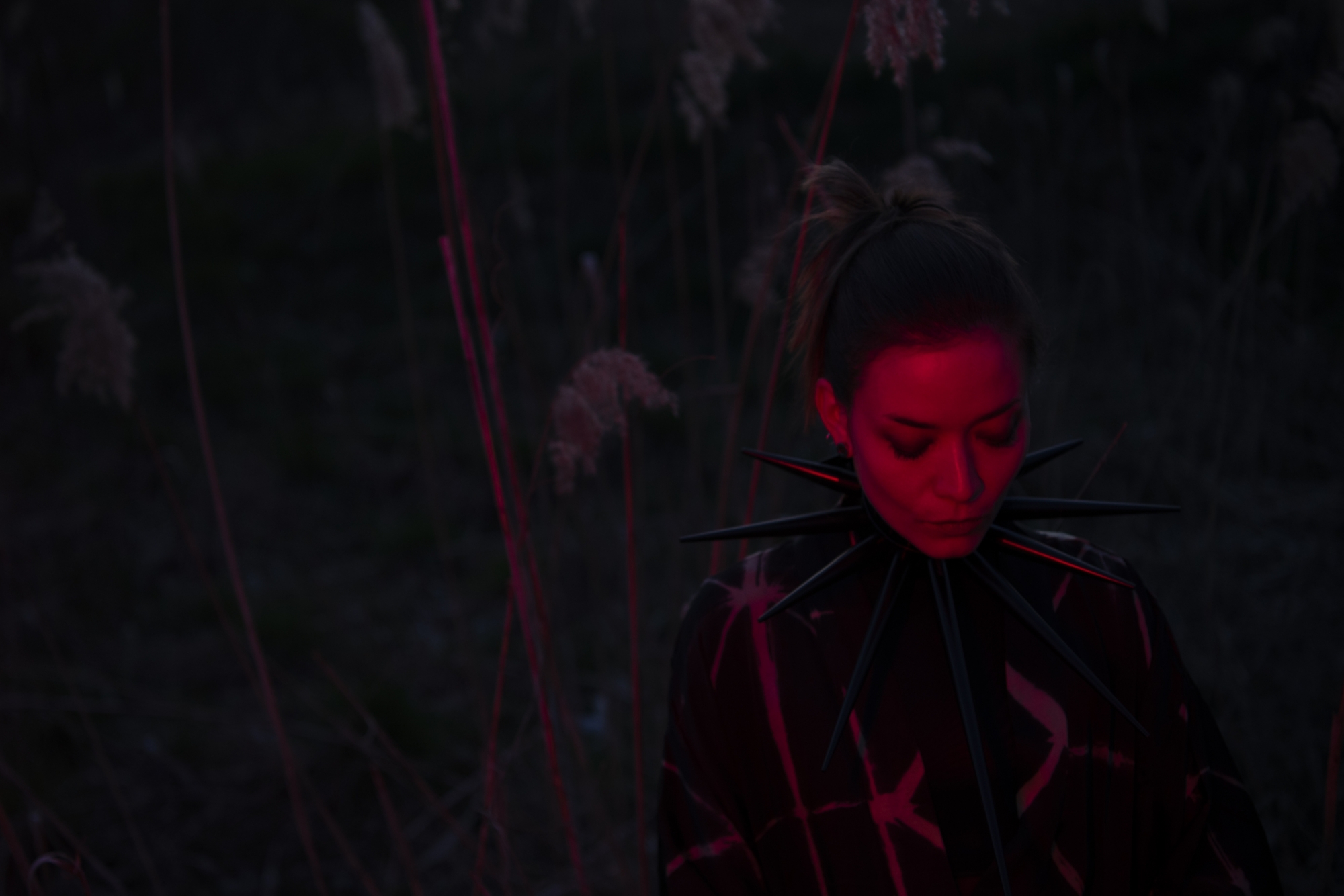 What is the sound of the past decade? How could one describe the last ten years musically?
It really was the decade in which the entry threshold to music dropped so low that it allowed for almost anyone with a computer to have a go at producing – so it was the decade of bedroom producers! That’s a pretty awesome thing when you think about it, and it’s certainly what got me started (the final straw was seeing Grimes and Zola Jesus in 2011 both playing awesome gigs alone with minimal gear on stage, allowing me, a broke student, to think “nice, I could do that myself”). I think the accessibility of music technology was certainly what drove the resurgence of minimal synth and EBM, which both ran a comfortable course and can now be allowed to evolve into something new. Techno was kind of cool, dark and groovy for a little while before growing annoyingly fast and obnoxious, while pop music grew to be very interesting thanks to producers like SOPHIE and Grimes.

What influenced your personal taste in music and art during the last decade?
Mostly the cities I lived in and the people I met. London introduced me to the new waves of minimal synth and EBM, while Berlin and the crew of freaks I found here dragged me into techno and eventually allowed me the freedom to explore realms outside the underground bubble. 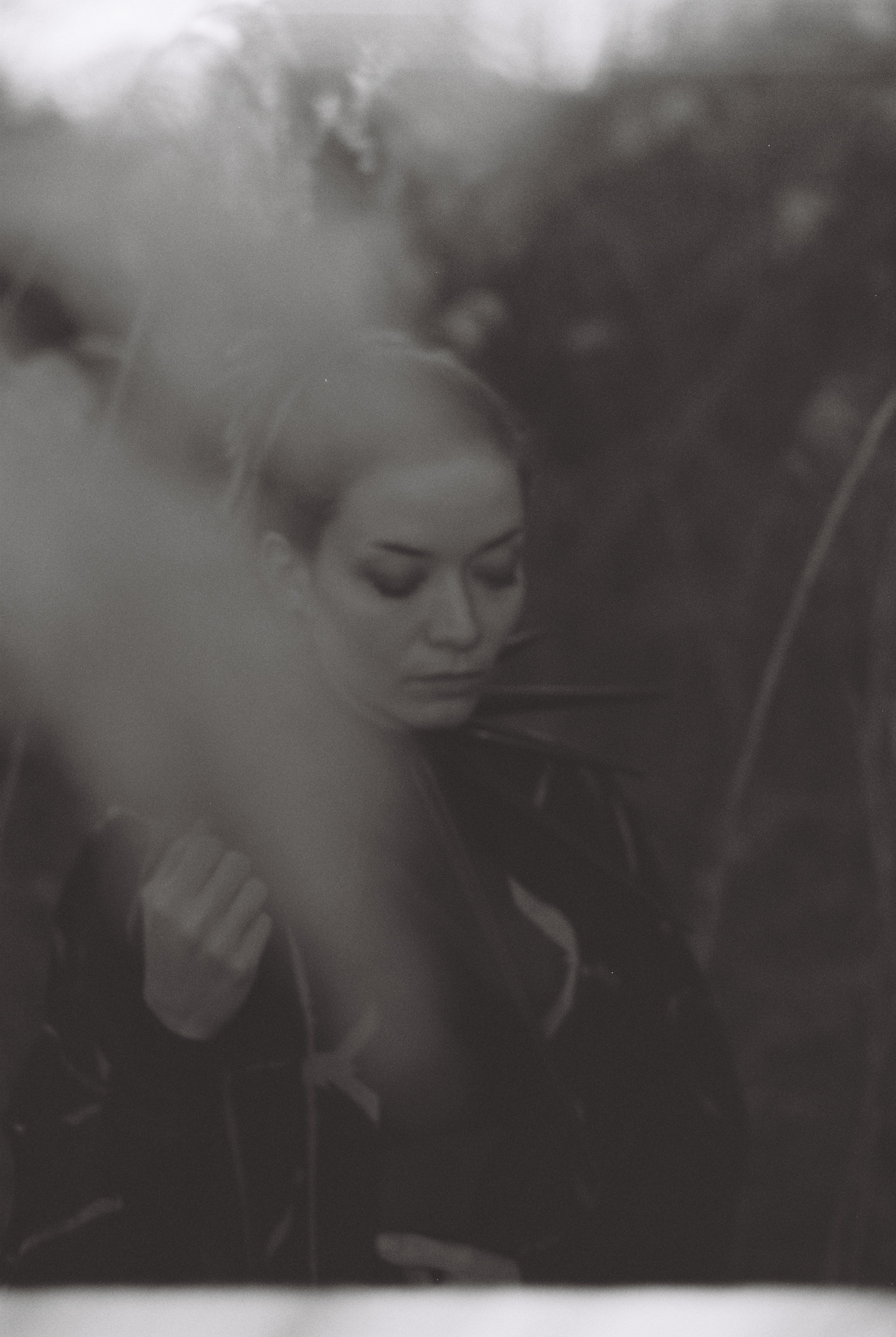 What songs or albums of the past decade would you recommend listening to at the moment, and why?
A decade is a long time, so I’m going to mainly give recommendations from more recent years that have influenced what I’ll do next:
Grimes – Miss Anthropocene, because it’s just the best thing that came out recently
SOPHIE – Oil of Every Pearl’s Un-Insides, because it redefined what pop music could be in the 21st century
Holly Herndon – PROTO, because it managed to tie together cutting edge music production technology using artificial intelligence with melodies and voices that feel timeless and deeply moving
Eartheater – Phoenix: Flames Are Dew Upon My Skin, because it’s immensely soothing and poetic
HTRK – Venus In Leo, because it shows that this band remained awesome for the whole past decade and their performance at Atonal in 2019 moved me to tears

If you had to describe your music in terms of not music … what would you say?
It’s just honesty.

What is the connecting element between your two projects Zanias and Linea Aspera?
Well … that’d be me, and all the baggage connected to that particular identity! I barely even have a conceptual difference between them in my own mind. I’m just expressing myself in whatever way I can.

If you look back – how do you feel your sound/music has changed over the last years?
I never really stood still, though I spent most of it treading well-worn paths within the synth-driven underground, from minimal synth to techno and ethnic fusion. It’s hard to describe really, because even within a single release I explored lots of different things. My biggest strides were taken in the last year, so it’ll be my next round of releases upon which the changes are really apparent. I put a lot more effort into production now, and aim to carve a signature sound that isn’t completely stuck in the 80s. 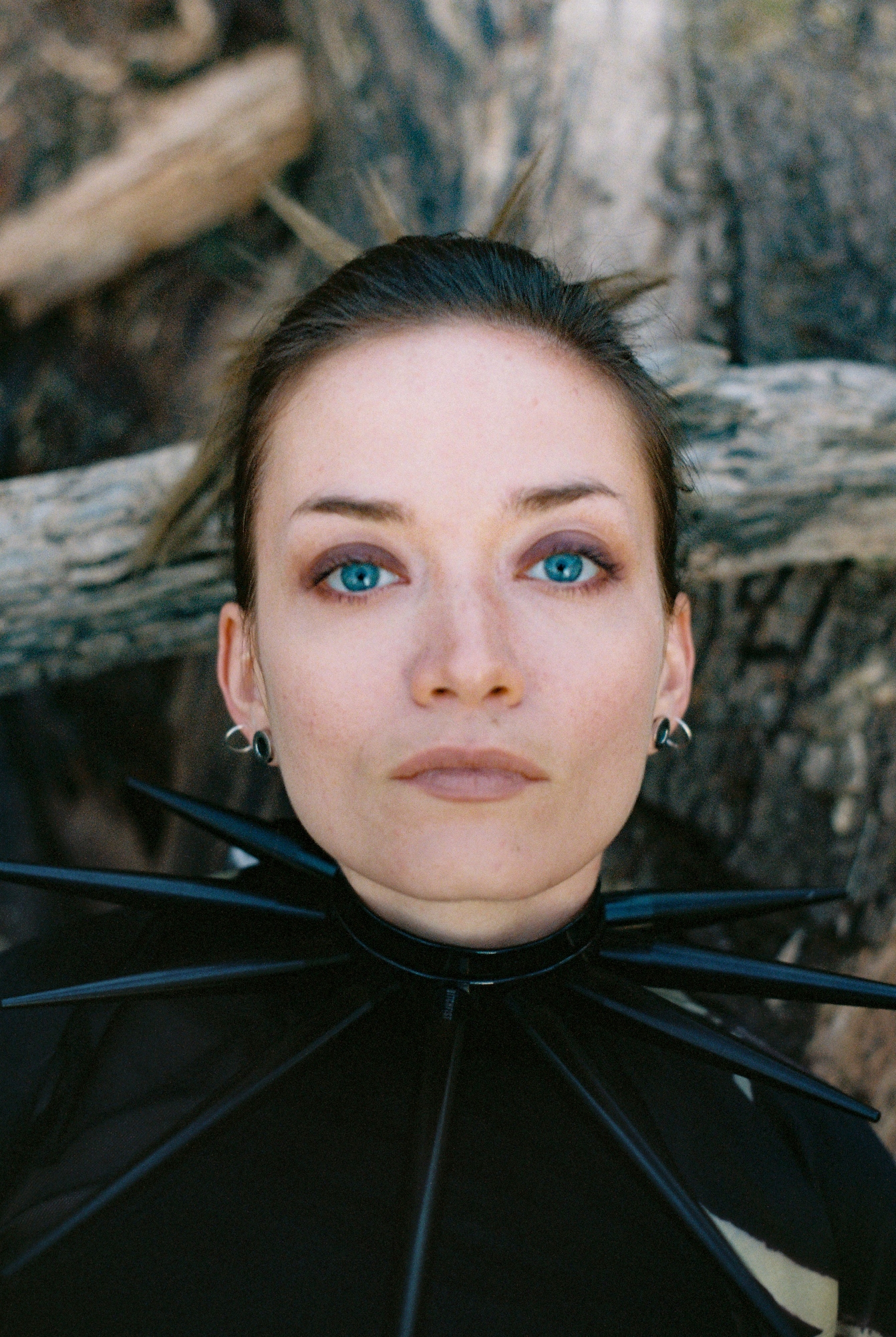 What do you love so much about music? What are you looking for in music? What are the boundaries that you look to explore with your music?
I love how it transmits mood and feeling with an efficiency and precision far greater than language. You don’t even need to know the words for a song to make you feel exactly what the creator felt. It is the purest form of communication, so what I’m looking for in music – and aim to explore myself – is authenticity and vulnerability.

What impact do your surroundings have on your music? Today you live in Berlin. What influence does urbanity have on your artistic work? To what extent do you find inspiration in urban culture?
The only real benefit I can see from living in a city is the supportive community of fellow artists I’m grateful to call my friends. It used to also provide spaces to experience music in a live setting and meet with other artists from all over the world. But the urban environment itself depresses me and I really wish I could live somewhere closer to nature. I built a studio in Australia at my parents’ place in the forest and find a lot more inspiration there.

How important is nature for you?
Extremely. Regular immersions in it are crucial for my survival.

You have made music in the electronic music scene for a long time. How do you see the last decade? What has changed over the years and what excites you about the future?
I feel like it was a little easier to be ‚discovered‘ as an independent artist at the beginning of the decade. At this point, much of our attention is dominated by big promotion budgets, and the social media platforms we depend on are more and more programmed to prioritise screen-time over new content. It’s a bit of a ‚winner takes all‘ environment and I don’t envy artists who didn’t develop their platforms before algorithms grew this powerful. Music journalism feels basically dead, and the only way to be written about is to pay for it. That’s a bit sad.

However what gives me hope for the future is that genres are growing less restrictive and I think people’s minds are opening up to music outside of their specific scenes. There’s more cross-pollination than ever, and I think genre may go the way of gender and become less and less relevant. It’s all just words anyway.
Another development that’s very exciting to me is blockchain technology, particularly NFTs (non-fungible tokens). Anyone curious can do their own research on what they are, but in short I see them as a potential way out of the abusive and extortionate relationship between independent artists and all the major music distribution platforms. Scarcity in the digital realm may actually be a possibility and that’s amazing news for content creators. 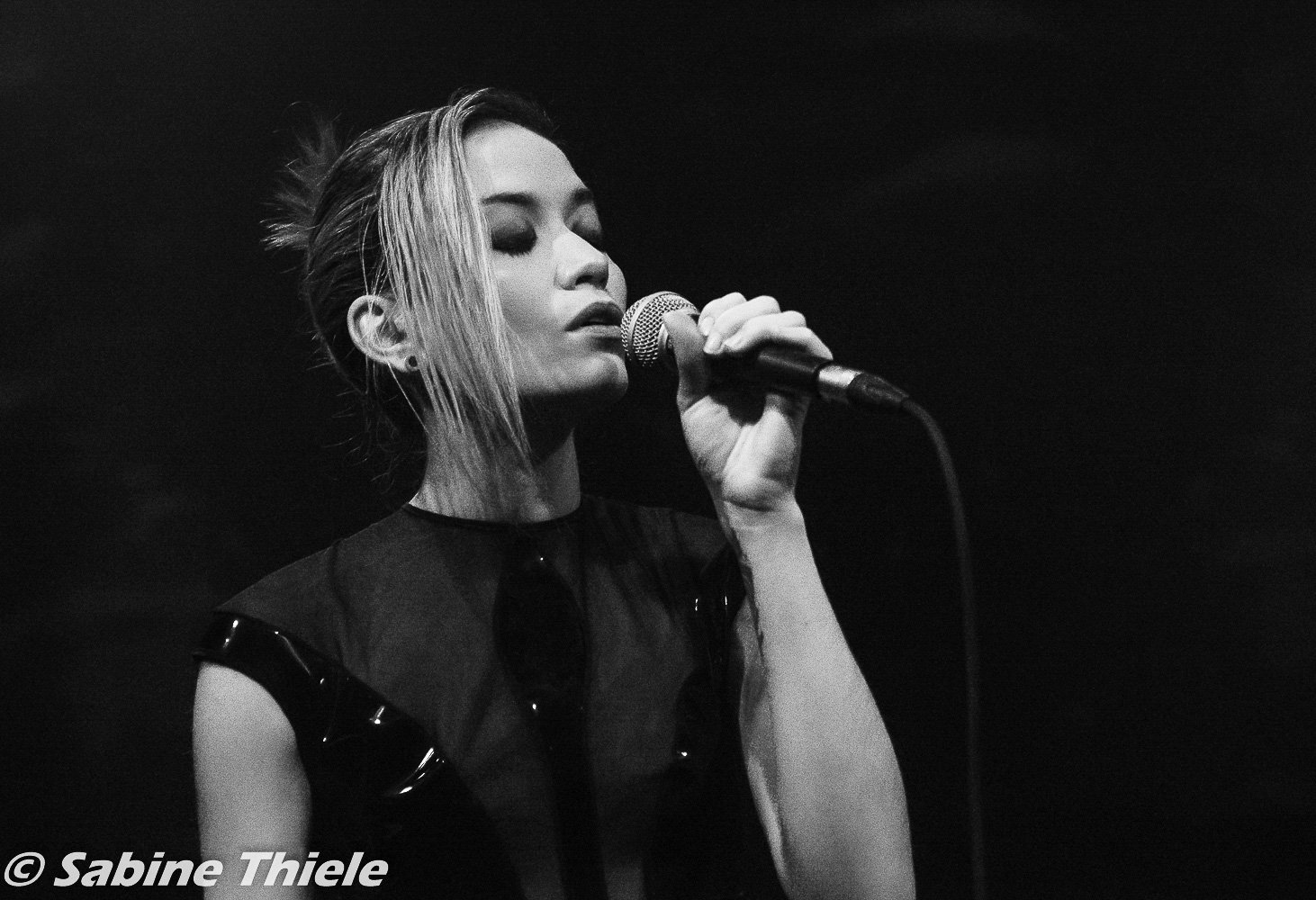 In the last few years you have worked with many artists, such as I Hate Models, Ancient Methods, Lynette Cerezo, Nur Jaber, and recently Fractions. What do you find particularly fascinating about working with other artists and projects? Are there any plans for collaboration next time?
Honestly I collaborated a lot mainly because a lot of people asked me, and at the time I wasn’t so confident in my own production so they were all opportunities that helped fill a void. I feel very fortunate to have worked with so many great artists, but I won’t be doing it so often anymore. I’d much rather focus on my own solo work and the long-term collaborations that fulfil me the most: Linea Aspera, and a new project that will see the light this year.

A few years ago you founded the label Fleisch Records. How easy/difficult is running a label, creating music and also having a personal life? How did your work develop/change during the last decade?
Fleisch has grown to take up quite a large proportion of my time, and it crept up on me slowly from being a fun project with friends to basically a full-time job. This has been really cool and exciting, and during the pandemic it’s been a lifeline to have a job that wasn’t affected so badly by lockdowns because people didn’t stop buying records, but unfortunately being a music creator is also a full time job (if you do it right) so I do feel spread quite thin and it’s not a sustainable amount of work for me. It can be really overwhelming, especially with the access people have to me on social media. I can’t reply to 90% of the messages and emails I receive because I simply don’t have the time. As an introvert I’ve had to slow my social life down to handle the pressure.
I started making music 10 years ago, so this decade has literally been the one in which my work transformed from starting a band for fun during university to running a record label, singing in three projects and producing in two. My life is utterly transformed, and I had no idea it would go this way. 10 years ago I thought I’d become an archaeologist! 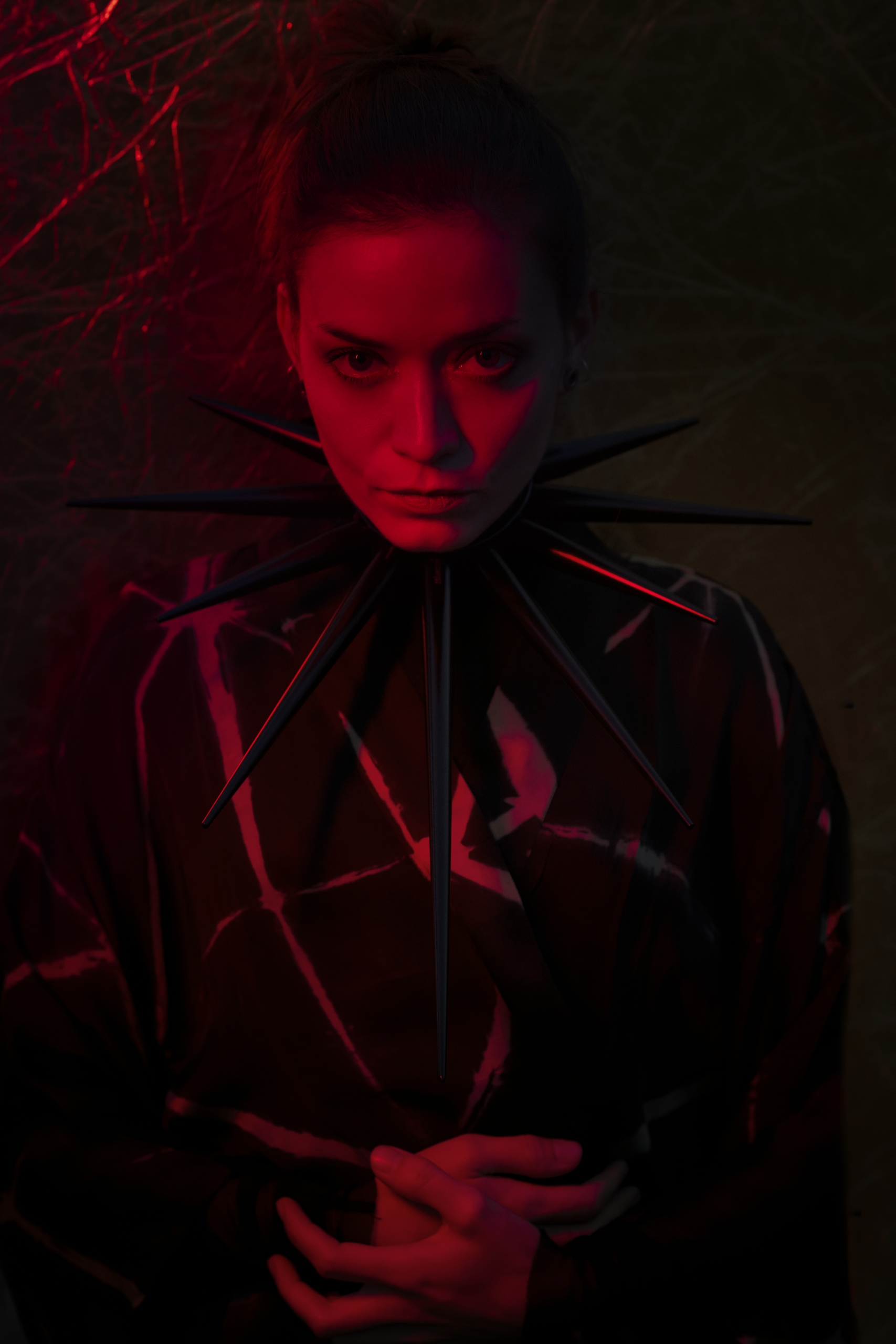 This last decade ended / the next begins with a deeply disturbing time – the Covid-19 pandemic. How do you handle this time? What has changed for you?
If I view it only from my own solitary experience, I am honestly grateful for it. I can’t say I didn’t suffer. I’m very close to my family and being unable to see them due to the Australian border closure has been devastating at times. Watching a funeral on Youtube is fucking weird and not nice. But I’ve grown and learned so much about myself, and what really matters to me in music and in life. I feel a clarity I never felt before when I was rushing through social gatherings, gigs and constant travels. It’s as if slowing down allowed me to finally unlock the key to feeling ‘ok’ for the first time in my life, even when things aren’t ok at all. I also finally learned how to produce the music I want to produce, and wrote a fucktonne of it, so that obviously helped a lot. I entered the pandemic in uncertainty and solitude and have since found stability, love and a great deal of hope for the future.

What holds the future for Alison Lewis & Fleisch Records? What do you wish for?
I hope to just keep making and releasing music I’m proud of. Fleisch has a few very nice LPs on the way, including a Zanias album, and then I’ll be slowing it down significantly to make room for new things. My new project will release an album by the end of the year, if all goes to plan.