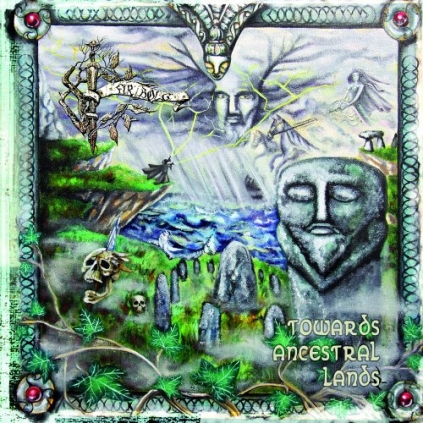 Nekrist: The Press-Info-Sheet says you want to create your own vision of Celtic Black Metal with Fir Bolg. What vision is this exactly, and where are the differences towards other Celtic Metal Bands, such as Skyclad or Primordial, in your opinion?
Dagoth: It is a rather dark and violent vision, I have a more esoteric and ritualistic approach, without the more joyful folk atmosphere like Skyclad.
I neither use clear vocals like Primordial.

N.: The name Fir Bolg refers to an ancient, mythical tribe in Ireland; Dun Aengus is a ruined castle built by Firbolg in Ireland, and Mag Tuired also refers to a battle in Irish mythology. Why focusing on Ireland? I expected a bit more relation towards the Celtic-French-history?
D.: Celtic tribes were all around Europe, and Ireland is one of the last Celtic territories where there is still a strong pagan imprint which we don’t find somewhere else.
However, you can find in my music some reference to France, like the oppidums of Gallic tribes, and a story in Pyrenean lands.

N.: And how does the “King of Wallachia” fit in there?
D.: Ha ha, good question.
I don’t want to be limited, so if an historical topic interests me, I musically work on it. The base of Fir Bolg is Celtic, but if one day I want to tell about … Mayan people I’ll do it. But that’s just an example.

N.: As far as I can tell, “Mag Tuired” is the only song with French lyrics; at least the first lines are in French. What made you write lyrics in English? And why not in French? I often heard people say that English comes naturally to them when writing lyrics – would you agree to that?
D.: Yes, that’s true for me too, English agrees very well with the music. I wanted to make a kind of test with these few vocal lines in French, and it’s possible that for the next album I’ll write a whole song in French.

N.: Compared to the Paganism-EP, you really leapt forward concerning songwriting, the songs got more complex. What is the next step for Fir Bolg?
D.: The next step will be not to the repeat this album. On Paganism I used the synths that I didn’t use any more on Towards Ancestral Lands, on which I integrated Bodhran and Olifant. I will maybe integrate other traditional instruments on the next album.

N.: Fir Bolg is a “one man army”, you did almost everything on Towards Ancestral Lands on your own. Why that? I hope not for lack of metal underground in France?
D.: I recorded everything except the drum and the Bodhran. There is no lack of musicians and I could have called some that asked me if they could contribute to Fir Bolg, but I feel more comfortable to be able to make sound a full album as I wish it, from the beginning to the end, I am rather fastidious on this approach and it suits me well.

N.: Who is Dagoth?
D.: The God of appearances and dreams in Conan the Destroyer. He got transformed into a statue, and you have to place a horn on his forehead to bring him back to life for his world domination.

N.: I read somewhere that you are from Nice. Is that true? Having travelled most of France in my youth, I can’t quite imagine how the landscape and the Mediterranean flair around Nice could possibly inspire any thoughts of grim, windswept areas, Banshees and Celtic references at all. Where do you get the input for music and lyrics from – if it’s true?
D.: I live in a small medieval village located in the heights of the countryside of Nice. It’s true that the area where I live is stamped by the reputation about which you speak, with also this “bling bling” side, and very fashionable, besieged by the tourists from the whole world in summer. But usually all of that is situated at the coast. If you go towards remote places you can find landscapes of a big wealth, as well as a lot of Gallo-Roman vestiges, and megaliths, contrary to what the majority of people can believe.

N.: Listening to Towards Ancestral Lands, I thought it was more “Black” than “Celtic” because of the dominance of rather typical Black Metal elements. How strong is the influence of Black Metal in your music – and maybe especially the French Black Metal (e.g. Vlad Tepes’ Celtic Poetry-Demo)?
D.: It’s true; the music is really black, with sometimes an epic folk acoustic touch. Black Metal is a force … an imperious and devastating music, and I have grown up listening to the 90’s Black Metal wave with bands like Emperor, Bathory and Satyricon. About French bands, I appreciate Nehemah, Seth, Belenos and Bran Barr.
I am also inspired by literature about the druids and Gallic and Celtic art, as well as some historical movies as Eagle of the Ninth or Centurion.

N.: The Celtic element musically really kicks in with “Banshee”. This was the first song that sounded like what I thought “Celtic Black Metal” should sound like, yet the melodic passages are not dominant, but overrun by the blasts. Will there be more songs like that on the next album? And what about using more “folk”-instruments like flutes and harps and stuff?
D.: Fir Bolg plays before anything an incisive and rough music with epic acoustic passages. It’s possible that in the future I will integrate other traditional instruments, but if someone wants to hear more joyful and dancing Celtic music, I recommend the band Tuatha de Danann.

N.: Fir Bolg has often been compared to Immortal; especially “Blood Heritage” reminded me a lot of them. What do you think about this comparison?
D.: It’s an honour to be compared to this master band from the North. I like Immortal and it’s one of my musical influences.

N.: So what’s up next? Concerts? Are shows in Germany planned?
D.: It’s possible that I raise a line up for the concerts, as I did for promotion of the EP Paganism. Germany is a country where I would enjoy playing live, and I would be honoured to come to your country.

N.: Any last words?
D.: Thank you for your interview.
Go like and spread the Facebook page of Fir Bolg. You can grab the upcoming first album Towards Ancestral Lands the 21th June at the official store: www.firbolgofficialstore.bigcartel.com

N.: Thanks a lot for the interview! 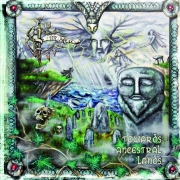