Who is behind Mortemia?
Mortemia is my solo project. On my newest project I am inviting singers from the metal scene for collaborations. So far I have released nine songs, all with different guest singers. 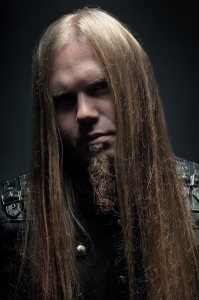 If you had to put your music into a drawer and print a label on it, what would it say?
Mortemia, I guess.

Forget about genres for a second – Mortemia’s music sounds like …?
It sounds like metal with classical and gothic influences.

Which record would you want to listen to when you leave the bathroom in the morning, while last night’s hot/lovely company is still in your bed?
Haha! Probably some Motley Crue.

The Fairy-Godmother pops up in front of you and grants you a wish. What do you wish for?
I’d like to be 25 again. Haha!

No alcohol is no solution either. What booze combination will definitely dissolve all your troubles and issues?
I always liked to have a strong drink in one hand and a beer in the other. A white IPA and an XO Cognac is the ultimate combination for me (laughing). 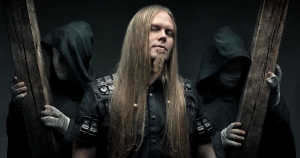 Who was the hero of your childhood?
Elvis Presley

What is the most embarrassing/surprising record in your CD-shelf?
I am extremely open minded when it comes to music. I am sure there are plenty of CDs in my shelf that would be both surprising and embarrassing to others, but to me they are as good as any of my CDs.

What’s next? Tour? Studio? Vacation? Something completely different?
For now Mortemia is a studio project so I do not take the project out on the road. At the moment I am working on this project called ‘The Pandemic Pandemonium Sessions’ which is a project featuring guest singers from the metal scene. I just released the 9th song from that project, called ‘Veiled in Despair’ featuring Heidi Parviainen on vocals. I just finished mixing and mastering the 10th song which will be released mid-June.

Buch: Franz Dobler - The beast in me: Johnny Cash