„If I would have to choose a sound for this silence that would be the inner vibration, the inner sound of myself“ 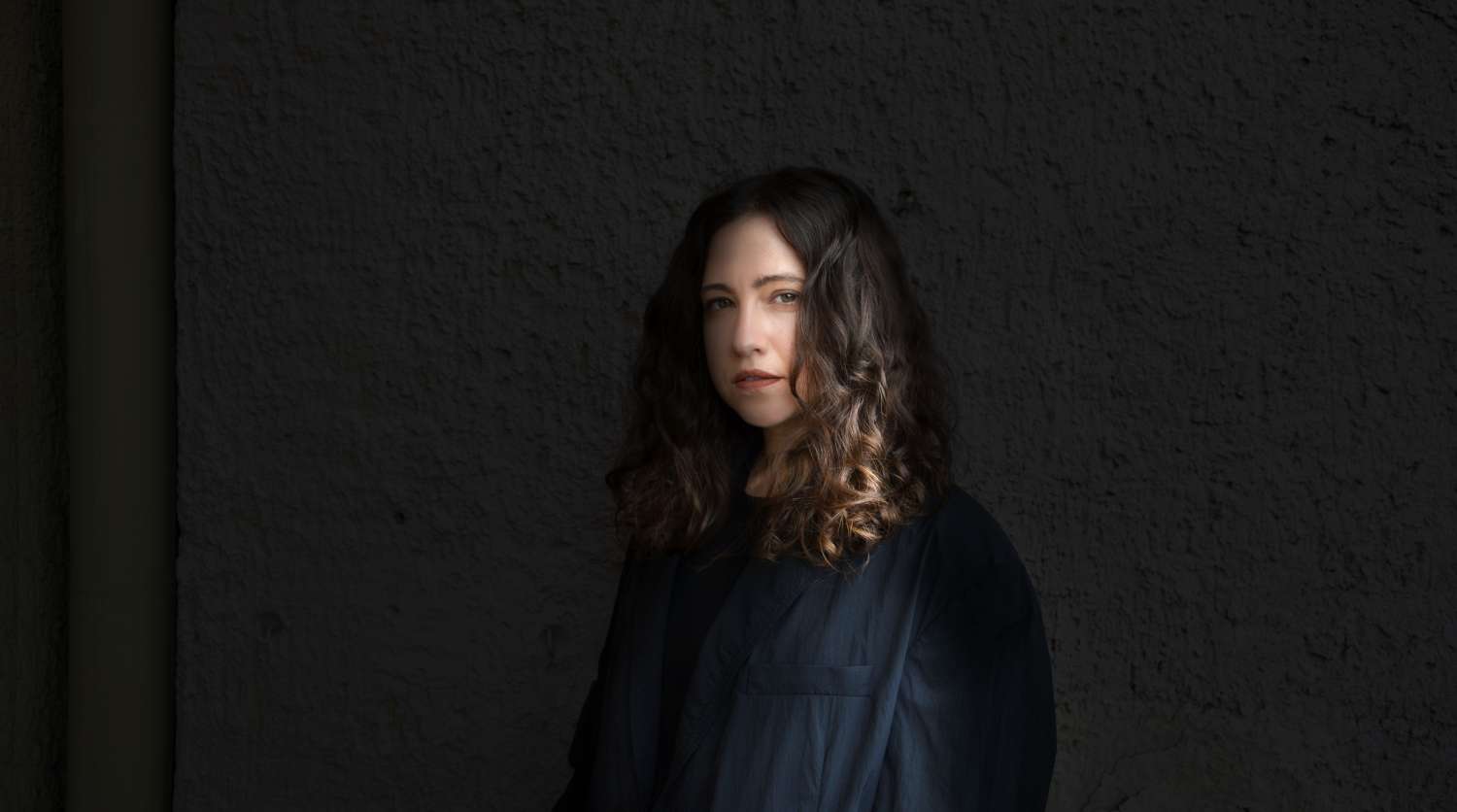 Tell us a bit about yourself. How did you grow up? Was there a particular experience or moment that have played a significant role for your expression and art?
I grew up in a small Hungarian town and since I was a few years old I was intuitively and deeply drawn to creative expressions, creative thinking, beauty and spirits. I loved to explore secret worlds through fairytales and loved my school books about art, the history of ancient times, astronomy, the laws of nature and physics, and other sciences. Today I still feel this urge to read or hear interesting stories. And the longer I think, everything becomes deeper, philosophical or spiritual in a way. I approach my artistic work this way as well. I think the creation of the different worlds is a reflection of my interest and curiosity.

What topics are you currently drawn to in your work?
In every release, I’m exploring a different theme and philosophical idea. I’m telling this story by building a world, writing a narrative, creating its visual landscape and developing a sound for each.

Right now I’m releasing The Round Table, a Blind Emperor remix album, which is part of the Blind Emperor saga and tells the story of the magical gathering at The Round Table in the shrine. Everybody who matters is joining, the doctor, the sorcerer, the alchemist, the warden, the prophet, the warrior, and the seer: Eraldo Bernocchi, Max Dahlhaus, KMRU, Magna Pia, Snakes Of Russia, Blush Response and The Allegorist.
I also started to explore a new theme about an inner search, being lost and finding oneself. I will reveal more about this next year.

If you had to describe your music in terms of not music … what would you say?
I have found that creative thinking and imagination is an amazing way to access a hidden layer of life, to travel to other possible realities, connect seemingly unrelated worlds and to express and share what is impossible otherwise.

With my art project The Allegorist this is what I’m doing, practising creative thinking and imagination, exploring meanings via speculative fiction, creating worlds, and writing stories. I share these thoughts and feelings in the form of multiple disciplines. My music is about exploring and imagining possible answers, finding hidden worlds, and filling those stories with feelings. 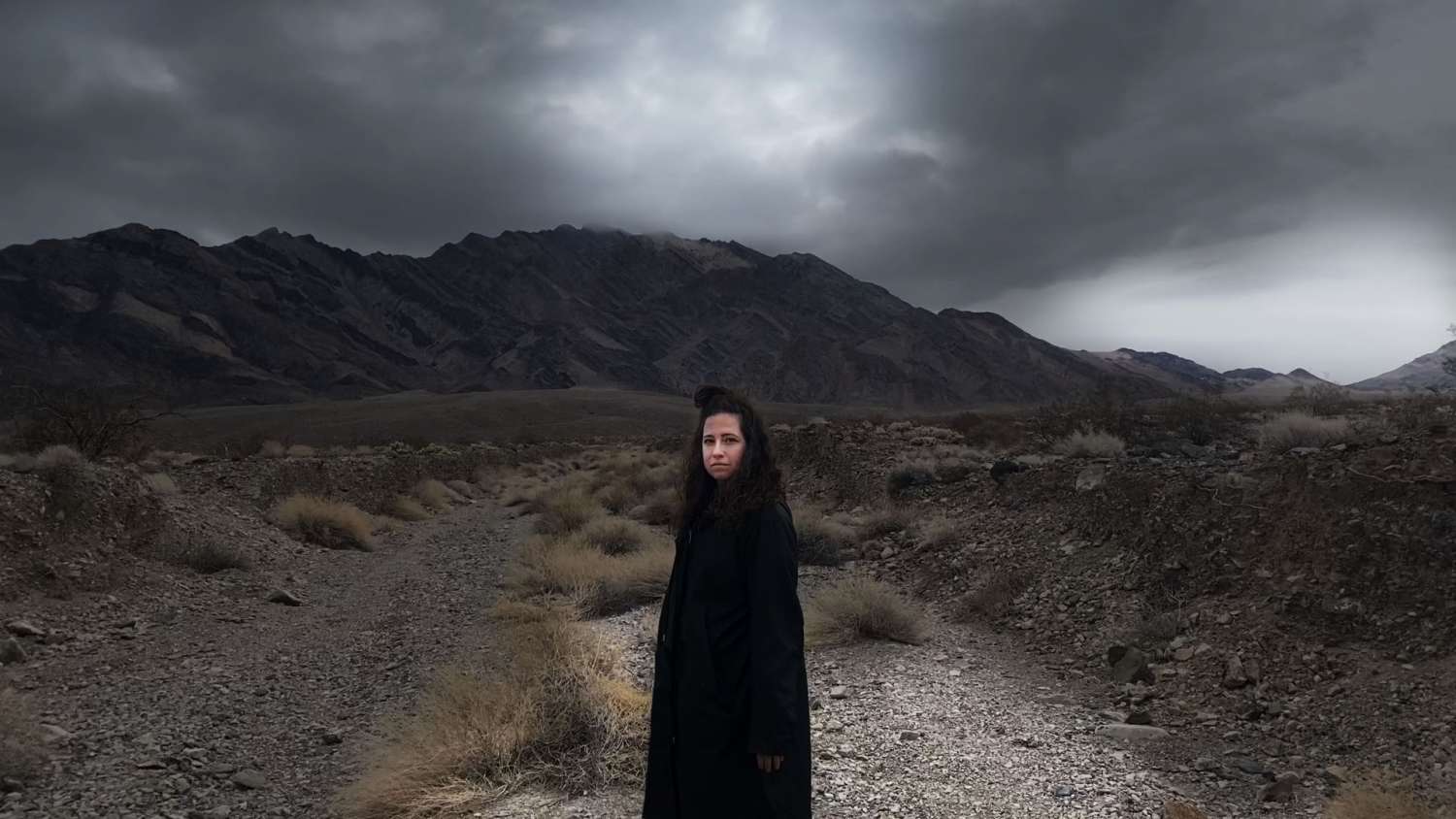 What are your thoughts about silence? What does silence mean to you? What do you associate with silence?
True silence from a scientific point of view doesn’t exist. Although we can build rooms that absorb sound reflections nearly perfectly, we will still be able to hear the fluids moving in our own bodies. Also on a molecular level, the constant movement of elements creates a sound, we are just not able to sense that motion. So I think absolute silence translates to non-existent. This makes sense to me from a more spiritual point of view as well. We are able to sense things around us before we hear or see them, just by their energy. I think this skill is partly our intuition in other words, which we can nurture to be better at.

Silence in a linguistic usage can be either a positive or negative experience depending on the context. In a negative setting, silence for me means in a way imprisoned. Where I’m being silenced, not allowed to or not able to express or not allowed or not able to be part of something I would like to explore. So silence can also be intense, and loud. In a positive setting, silence means for me being at peace. A state of mind where I’m balanced within myself and the environment.

How would you describe the visual aspect of silence?
If we are talking about silence with a positive meaning, it could perhaps be an awakening. Having enough space, not having to rush, a silence of uncomfortable outer impulses and the absence of our own parasitic thoughts can lead to a state where a deeper part of us has a chance to awake and say something. In those moments of positive silence perhaps we can think and feel further than usual and even visualise it. It could be people, places we remember or we would like to go to or perhaps travel further into fictional worlds. Negative silence could also create this journey through a crack in the wall.

What impact do your surroundings have on your music? You live in Berlin. What influence does urbanity have on your artistic work? To what extent do you find inspiration in urban culture?
We cannot live detached from what surrounds us. Vibrations have an effect on other vibrations. It is very important to choose the environment and the things that surround us carefully. I think the vibrations around us make up a big part of our life’s quality. Often we are not in the position to make bigger changes in our surroundings, unfortunately. But we have a choice not to open up, perhaps even shield ourselves spiritually from the negative things and by working toward the ideal setting. Personally, I have had to fight for a long time for a healthy environment and a space I feel good in, in Berlin and outside of it, and I’m grateful to have found it. 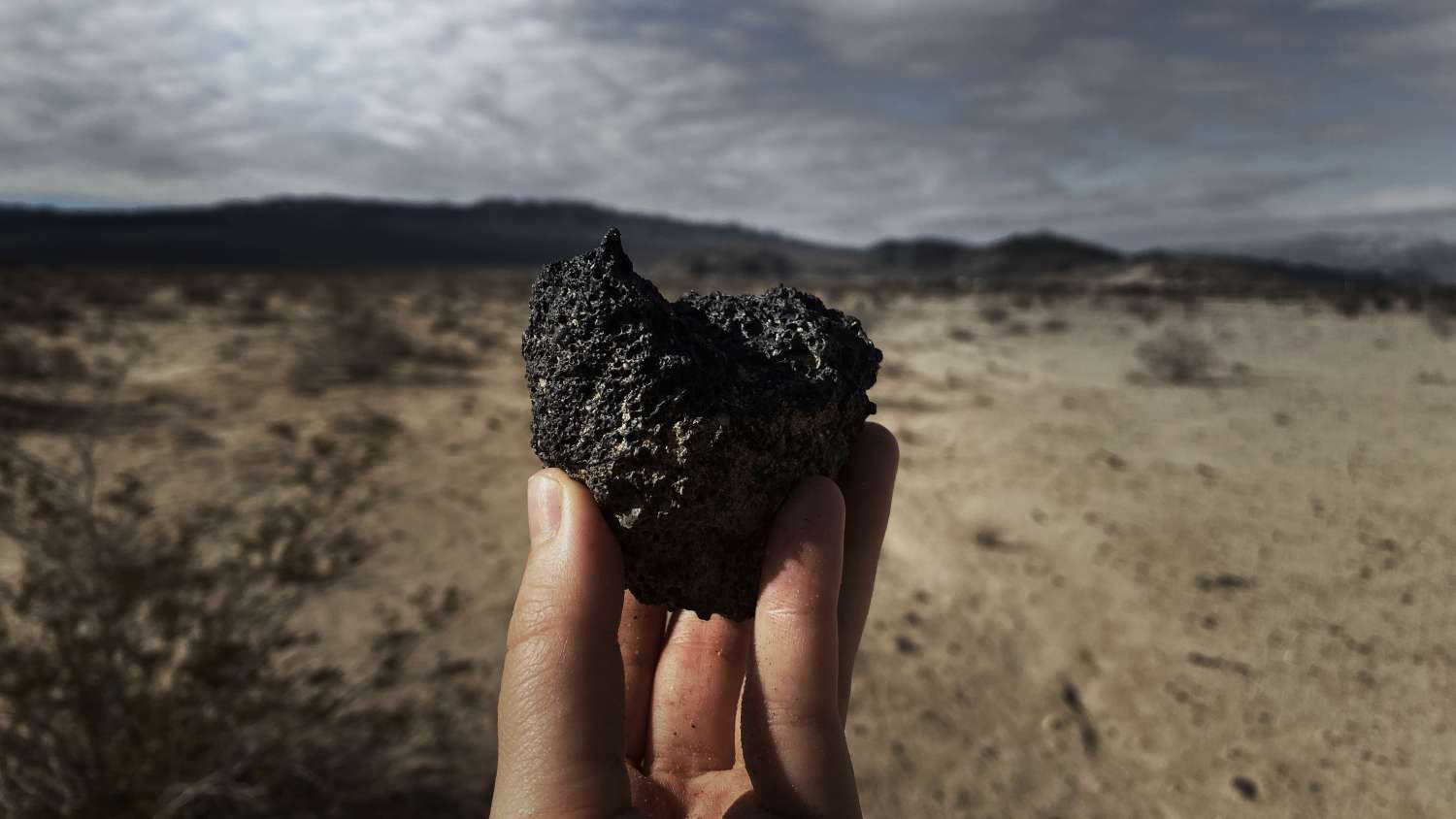 How important is nature to you? What role does nature play in your life and in your art?
We are part of the whole and it makes no sense just to be inwardly present. It’s important to get grounded in our natural environment, breathe fresh air into our lungs, breathe space between our thoughts and connect with nature. So nature is important to me as well time to time, as to everyone else. I also like to get reminded in nature how our lifes are mostly defined by a social construct of a certain period and distance myself from it a bit.

What is sound to you? When did you first fall in love with (electronic) sound?
Everything that exists is vibrating on some frequency. So everything has an inner sound. Not every frequency is necessarily audible or visible to us, but it’s there and if we give it our attention, we can sense it. I don’t think about sound only on the audible frequency spectrum. I’m not really interested in a purely sonic sensation, one part detached from the whole. For instance, that is why western medicine often doesn’t work. You can’t always heal a part of your body by ignoring the rest.

I fell in love with electronic music specifically because it is possible to create all the musical elements and build up entire worlds with the involvement and dedication of only one person, like in the case of an author of a book. With electronic music and other media connected to my projects, I’m communicating in a form beyond human language, connecting seemingly unrelated worlds and expressing what can’t be expressed otherwise.

What is the sound of silence/what does silence sound like?
I’ve mentioned before that positive silence means for me being at peace, a state of mind where I’m balanced within myself and the environment. A state in which I have managed to be conscious about my presence and with this presence to open up and connect with what is beyond me, the whole. If I would have to choose a sound for this silence that would be the inner vibration, the inner sound of myself. 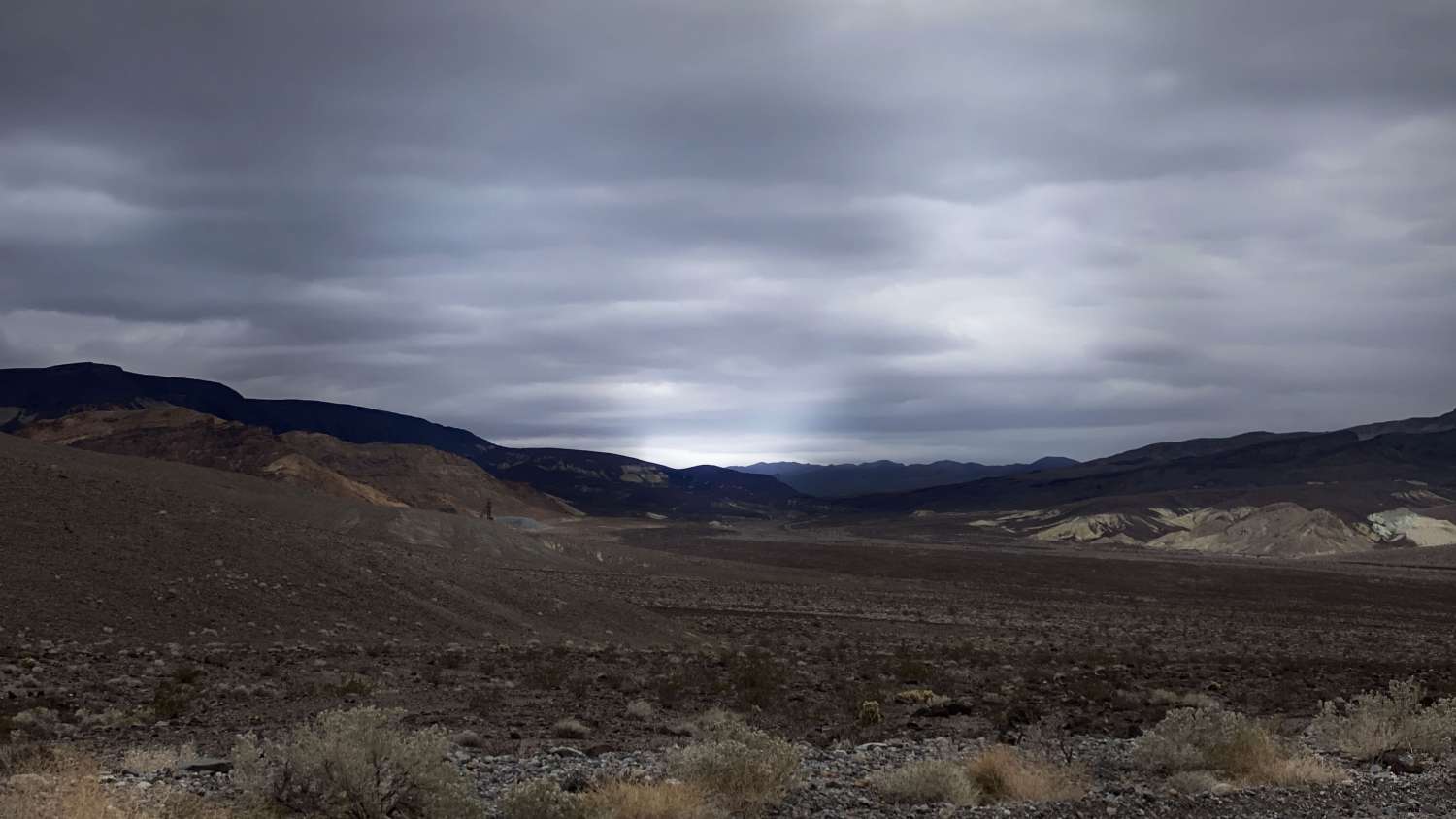 Which piece of music feels to you like silence turned into sound?
As silence translates to many different definitions, first I would need to define its specific meaning and the scenario to be able to find a sound for it. For instance, in my own music piece “Falling astronaut” I speak about the silence of feeling lonely, helpless and at the edge of giving up. This track is part of the album Hybrid Dimension I., to which I have written a short story and describe this silence in a metaphoric way. “The protagonist became one of the Falling Astronauts, floating selfless in complete silence in the dark space. Before getting swept into the deadly stream where there was no way back, she held her ground and refused to give up”. If I can name a piece about silence by another artist it would be Neutronit by Ø.

How did the idea and concept of your recent album Blind Emperor get seeded and what was the process to turn these thoughts into poems, photography, video, and music?
I wanted to tell a story. The album Blind Emperor is about the journey, to fight for the truth of oneself, not to bend for the easy, and to find acceptance in the sacrifices and limitations. If you bend for the easy and give up your own truth, you might gain something out of it, but then you have also lost everything already. I think that you have to be in power to work towards your ideas, your truth, while simultaneously letting yourself be guided by many elements like knowledge, feelings, and intuition. The right balance of all these elements will lead to the right thoughts, wisdom, and actions. I have explored and told these thoughts in an artistic work, the tale of the Blind Emperor, depicting the mysterious ways of life musically in an epic, cinematic, choral, and ambient techno album.

The title Blind Emperor comes from the philosophical idea that sometimes you have to become blind to the realities of life in order to find the strength within you, to do what seems impossible. My inspiration on a more practical perspective came from playing live and my personal experience of techno in Berlin.

How would you describe the world you are trying to create during your performances?
I’m not really trying to create anything during my performances. I’m channelling the vision I have built in my lifetime, inviting the audience to join a certain state of mind and offering the possibility to enter a spectrum and vibrate together as a joined energy in a shared space, physically and spiritually.

What’s next for you? What do you wish for & what are you most looking forward to?
I’m looking forward to continuing to build my vision, sharing and channelling more thoughts and feelings, and opening the doors I’m curious about what’s behind. 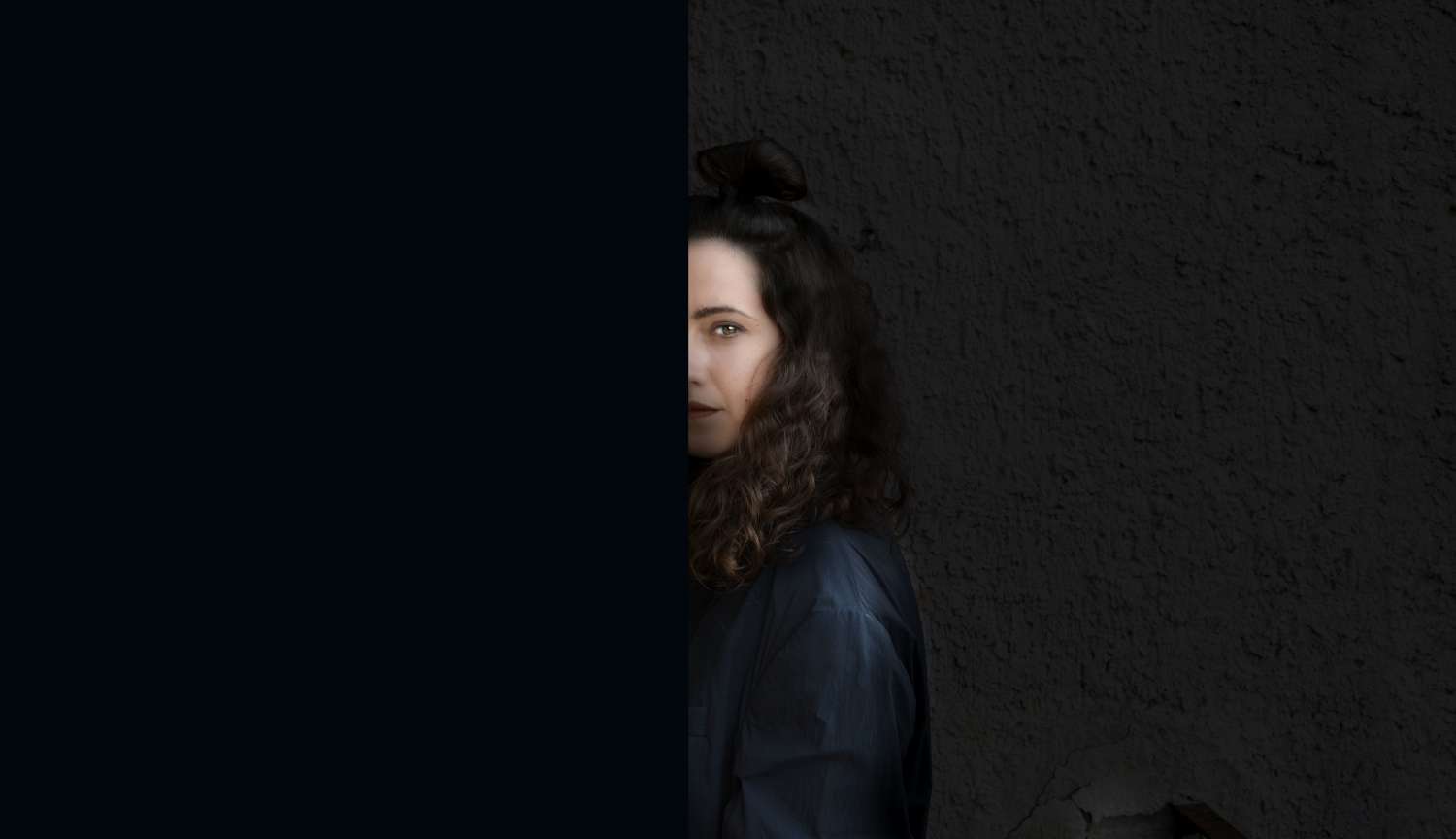