Who is behind Machinista?
Machinista is John Lindqwister – vocals, lyrics
Richard Flow – music
On stage we also have extra musicians like BRD on guitar.

Please describe your style of music to all those who do not know you yet.
Richard: It´s really hard to pick a style. We don´t really follow any rules but of course it´s a lot of electronic music going on. Let´s say Dark electronic pop music.

Which person, artist or incident inspired you when you first started making music?
Richard: My big sister had cassette tapes from bands like Depeche Mode and The Cure. I sneaked into her room and borrowed those, after a while I was totally hooked. I guess I was around 11-12 when I started to make Depeche Mode covers on my Amiga 500 computer and we formed some bands. I actually learned very much back then with the music program Noisetracker. One day I will dig out some of those „songs“ we did!
John: I started it all by playing Sisters of Mercy covers, then our own songs after a while of learning.

You are travelling in different countries. Are there any specific differences regarding the fans in Sweden and other countries?
Richard: Sweden is a little country and the alternative scene is kinda small. But a lot of good bands actually! It´s like a little gothic-family where everyone knows everyone over here. But I would say Germany is the best country. People there are really devoted to music and bands. Also Germany has many really great festivals within the alternative, synth, goth genre.

Your guitarist wears a bird mask to stay incognito at your live gigs, why a bird? It could just as well be another animal. Is there a message behind it?
We let BRD himself answer this:
BRD: The former guitarist Judas used to play masked and I wanted to carry on in the same tradition! I found this to be a great way of staying anonymous on and off stage and not take the focus away from John and Richard. Usually I can get away without answering questions in interviews and so on. As an artist, on stage I wanted to create a persona without a human face, but with an instantly recognizable appearance and sound!
Birds are fascinating as ancient symbols for freedom and rebirth. There is something exciting about watching birds. They’re strong, simple and unpredictable survivors, yet very fragile … It’s a perfect fit for Machinista’s music 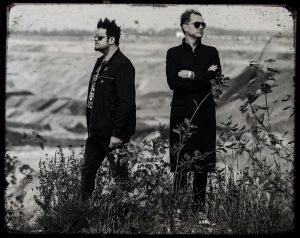 Are there any actual swedish artists you especially like at the moment? Or are there other artists from other countries?
Richard: Oh that´s a big question. I like so many bands. Different genres! At the moment I am hooked on the old band Peace Love and Pittbulls. Really good Industrial rock!
John: I dont know if there’s any special swedish band at the moment. But there are many good artists I have on my list.

What is currently on your playlist? Any recommendations – … or other stuff?
Richard: The latest songs I played on Spotify
Ljungblut – „Adelsten“
Holygram – „Signals“
Henric de la Cour – „Two against one“
Peter Heppner – „All is shadow“ (Apoptygma Berzerk remix)
John: playing vinyls mostly, and lately it has been Skinny Puppy, Kent, Cabaret Voltaire, Bauhaus, Nitzer Ebb etc.

Some fun questions: The Fairy-Godmother pops up in front of you and grants you a wish. What do you wish for?
Richard: I would love to see Machinista climb up on the steps next year! (Laughing) Would be lovely to be on the road a lot in 2019! Let´s see with the new album!
John: For the band, up up up. For myself, loads of money so I can focus on music only, start a club maybe

No alcohol is no solution either. What booze combination will definitely dissolve all your troubles and issues?
Richard: Ohh booze! I actually prefer just beer at the moment. IPA beer! Maybe a Jägermeister as well (winks).
John: hm I like beer, red wine and champagne mostly. 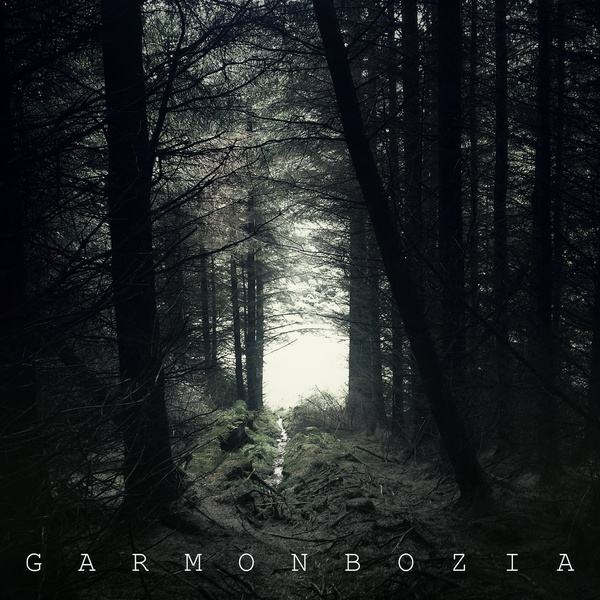 What’s next? Tour? Studio? Vacation? Something completely different?
Richard: We always have a lot going on, so vacations have to wait! The main focus is to complete the new album as soon as possible!
8/12 we will play at ElectriXmas festival in Malmö (Sweden) A lovely winter-festival!
Also our second album Garmonbozia will have a re-press in december.
WE will be part of a tribute album with a „big“ name within the synth genre soon to be revealed!