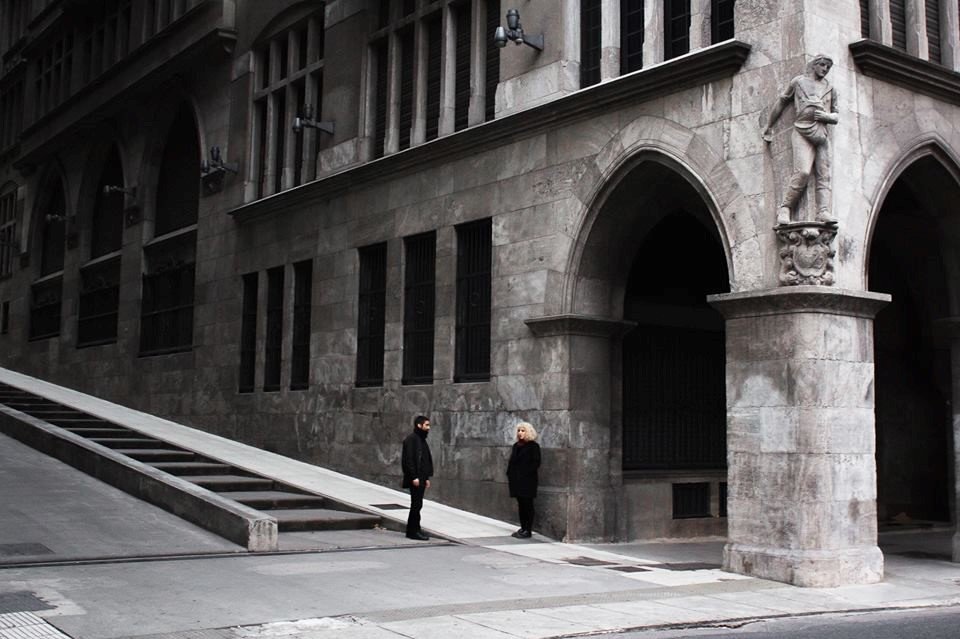 Who is behind Balvanera?
Lucas and Agustina.

How was this project born?
At that precise moment, when we started getting together back in 2015, we felt that there weren’t enough bands around in Buenos Aires that we would like to see, you know, doing darker danceable music. Not even a lot of bands coming on tour here. A friend of ours told us ‘hey you go ahead and do it’, sort of picking on us, because we might have complained a lot about it. And so we did. We accepted his challenge and started the band.

Could you explain us why do you choose „Balvanera” as band name?
Balvanera is a neighbourhood in Buenos Aires, which in my opinion is sort of a city within the city with many different areas; commercial ones, the congress is there, so it gets super-political in terms of being an epicentre for demonstrations, old French-like buildings and more precarious housing coexist. It is the place of our first studio. Lucas was living there near the congress (our ep shows images of that building. Sculptures by Lola Mora, an Argentinian female artist born in the 19th century). The neighbourhood is somehow full of ‘shady´areas for many, but in our view, very downtown-esque, with people from all over the globe, hence interesting. It just popped as a name and reference. If I come to think of it, the impression I always get from downtown areas is that they are packed during the day and completely empty at night. And being attracted to the latter and feeling kicked out during the day is somehow interesting for us. That image of solitude when you are all alone and the brutality of the architecture speaks to you, when nobody uses it of course… I guess that feeling revolves in our project. It is definitely a music of the night. Big cities like Buenos Aires are not a cozy place. You are in awe but at the same time full of fears or at least tension. We certainly use that in our music. 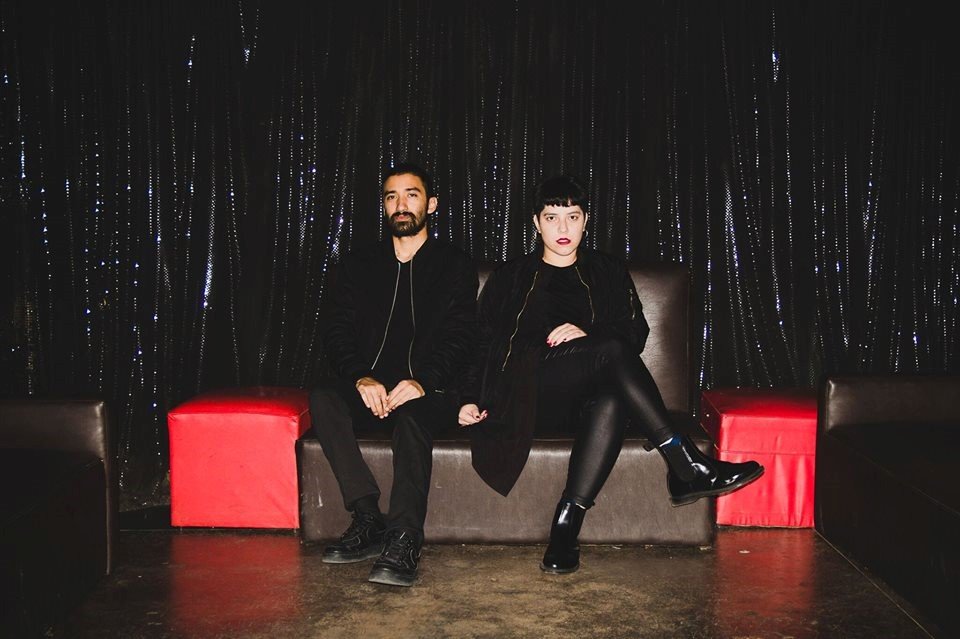 If you had to put your music into a drawer and print a label on it, what would it say?
…Coldwave / Darkwave / EBM / Minimal Synth. For sure I relate to bits of all of those categories to some extent.

Forget about genres for a second – Balvanera’s music sounds like …?
…a purge…in the sense of having a cathartic moment. Hopefully it sounds heartfelt too, cause it really is for us.

What are your sources of inspiration?
Arts and cinema. Relationships. People that leave an impression. Dancefloors. Travelling. Books, language, history, memory, feelings and thoughts. I’m an art historian so many of the stuff really comes from there. From images and thoughts about images. Lucas is a graphic designer so I guess we’re both inclined towards thinking images.

Which sort of mood produces the best songs?
Being concentrated really works for us. Being in that state of mind in which you can really devote to what you are doing. When you really can’t be distracted by anything or anyone. I guess being concentrated comes when you are at a prudent or safe distance from whatever it was that affected you in the first place. At least, I need to be not so close to whatever happened that made me write. Cliché as it sounds, I write to clarify my mind, so I usually am not in the best of states when I do that. Doing a track is navigating through all of that without being neither overwhelmed nor detached even though you are still at the whirlwind.

Which person, artist or incident inspired you when you first started making music?
It is definitely a big big list of bands and musicians but primarily it is the music itself. Still Lucas could even ramble about Black Metal and myself can go as far as medieval stuff and then from Krautrock to Hardcore Punk to Minimal Synth, Industrial and Techno etc. But Linea Aspera and Sixth June as newer projects really inspired us both at the same time and that’s how we connected.

What is currently on your playlist? Any recommendations – Electro or other stuff?
I have been listening to a lot of HTRK, Legowelt, Ah-Cama Sotz, Coil, Group A, Identified Patient, Multiple Man and Kontravoid.

Which instrument will surely NEVER be heard on a Balvanera-album?
I couldn’t bet on this! Anything might happen.

Could you talk about your local scene?
We are part of a very lively scene probably a bit smaller in numbers as in Europe or USA. I guess it is certainly a scene more inclined towards the dancefloor experience. A type of scene in which the ones making music are also friends or good acquaintances and it spreads like a virus. With this I mean it is easier to find us playing in a Techno party rather than playing a more, let’s say, Postpunk gig. Though we’ve had those too and they are interesting too. But certainly for us it is more important to be in contact to the dancing side of music, in a more conceptual sense. 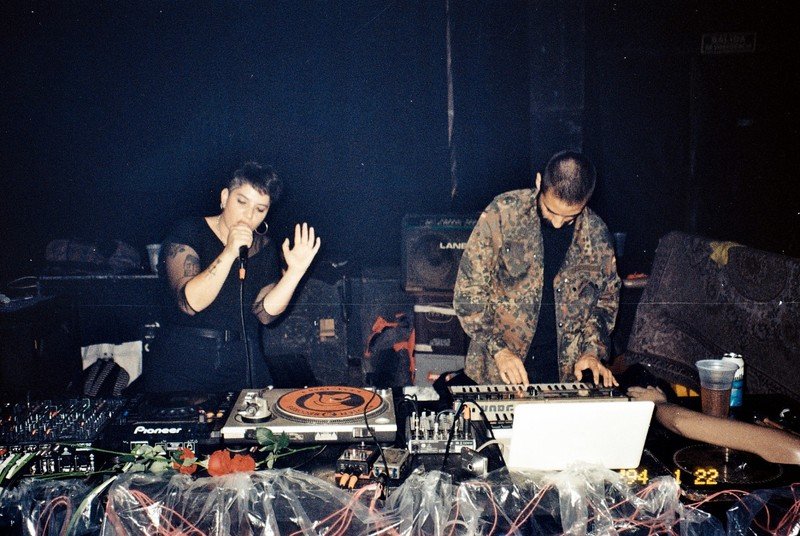 Although I’m embarrassed to admit, I do dance crazily while singing and surely I’m quite a show, but we’d rather have the audience more focused on their experience than in watching us, so parties give you that. A possibility of letting go in music and just dance it off. For the past years, we’ve been playing in incredible parties with local producers and DJs. Most of them really care about DIY culture, being open to the new, flexible, resourceful and adventurous, mixing Electro, Industrial, Acid, Techno, EBM and whatever pops and is interesting. Just to name a few we’ve played with or we like: Cándido, Swordsmith, Golpe Erótico, Catriel, NGLY, Queridas, Estado Crítico, Thissperso, Ducasse, Tau Ceti, Cold Tapes, cmd.68, emir b, zomvic, Diamin and many more.

The Fairy-Godmother pops up in front of you and grants you a wish. What do you wish for?
Touring in US or Europe would be amazing. And releasing a vinyl.

What’s next? Concerts? Studio? Vacation? Something completely different?
Probably hitting up the studio for a couple of songs, and we do a couple of gigs as well in Buenos Aires.

Thanks for the interview. It’s been a treat!